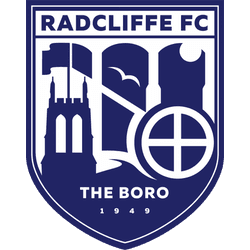 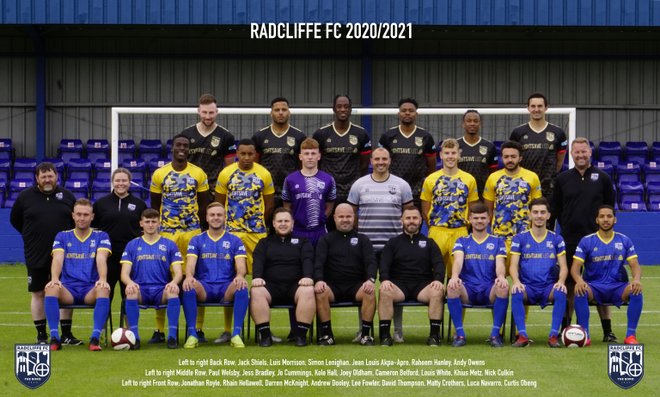 Radcliffe have announced the signing of Brandon Lockett.

Radcliffe have confirmed that Neil Danns has left the club to join National League side FC Halifax Town.

Radcliffe have confirmed the signing of Neil Danns.

Radcliffe have announced the signings of Larnell Cole and Tom Miller.

Radcliffe chairman Paul Hilton says his club would never exist without volunteers – and hopes they can get a taste of the lofty football league heights.

The club was formed on the 24 May 1949 at the Owd Tower Inn in Radcliffe by Jack Pickford and a committee of seventeen and became a member of the South East Lancashire Football League. In 1974 it was accepted into the Cheshire League, which subsequently became the North West Counties League (NWCL).

In 1996 the club reached the last sixteen of the FA Trophy and in 1997 won the league. The stay lasted for one season as having to invest in the stadium to be allowed to compete at that level, meant that matters on the pitch suffered and so the club was relegated back to the NPL First Division.

Radcliffe reached the First round of the FA Cup in 2000 losing 4-1 at home to Division Three side York City at Gigg Lane, Bury in front of 2,495 supporters.

The club was promoted again in 2002/03 via the Play-offs beating Chorley 4-2 on penalties after a thrilling 2-2 draw at Stainton Park. Jody Banim scored 46 goals in a fantastic season for him.

Radcliffe was back in the NPL Premier Division again and a place in the newly formed Conference North was up for grabs. Sitting in sixth position in the league by November the club was looking good to play at its highest ever level. Jody Banim set the English record for scoring in consecutive games and received national recognition and bigger clubs came calling. He was sold to Shrewsbury Town in December for £20,000. On the field the club suffered and slid to nineteenth in the table and into the Play-offs, subsequently losing to Burscough in the Semi-Finals.

The club continued to be near the Play-offs and solid midtable finishes followed but after four seasons were relegated back to the First Division in 2006/07, where the club have remained until 2019. Midtable finishes and the occasional battle against relegation was the order of that period after a decade of success and a few cup runs.

In 2016 the club management changed, as a new chairman and manager took the reins. Off the field investment was given to the stadium, much needed after many years, including a new stand at the Pilkington Road end of the stadium, and a new press area and Director’s area after being destroyed by fire. In addition, a new covered turnstile block was added, as well as a TV Gantry, Boardroom, club shop, Sponsors Lounge and Social Club. The club also changed name dropping the “Borough” suffix officially in 2018.

Reaching the Lancashire Cup Final in 2017 nearly brought silverware to the new era. League finishes for the first two seasons were roughly the same as before. However, with new manager Jon Macken in charge with Frank Sinclair as his assistant, positive results were earned towards the end of 2017/18.

The future looked bright and the hard work and investment on and off the pitch paid off as the club was promoted via the Play-offs, beating Leek Town 2-1, back to the NPL Premier Division for the 2019/20 season. That season though was not completed due to the coronavirus outbreak.