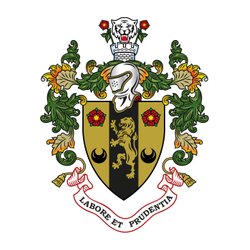 Brighouse Town have announced the signings of Danny Racchi and Will Shepherd.

Brighouse Town have confirmed the loan signing of Jacob Carney from Manchester United.

Brighouse Town have announced the signing of Jordan Deacey from Belper Town.

Brighouse Town have handed manager Vill Powell a new contract extension with the club that runs until the summer of 2023.

Jack Tinker has said that he will work hard to claim a starting spot at his new club Brighouse Town.

Brighouse Town have announced the signing of Jack Tinker ahead of the 2020/21 season.

The club was originally formed in 1963, as a representative side of the Blakeborough Valve Company of Brighouse and their home games were played on the Woodhouse Recreation Ground, with the side competing in the Huddersfield Works League. The club gained various league honours over the years, the most successful coming in the 1968/69 season, when they won both the League Cup as well as the Halifax District Cup.

Following this success, the club took the huge step of obtaining its own ground at Hove Edge. Whilst at Green Lane, where they played for more than a decade, they achieved two more league titles before taking another major step, in applying for and achieving West Riding County Amateur League (WRCAL) status in 1975.

Season 1995/96 was perhaps the most successful season in the clubs history so far. Brighouse Town once again won the WRCAL Premiership title and also completed the double by winning the WRCA League Cup. They also won the Bob Wedgeworth Memorial Trophy.

Season 2008-09 saw the club make the significant step into semi-professional football by entering and being accepted into the Northern Counties East League (NCEL) Division One. After only two seasons in NCEL Division One, the Club won promotion to the NCEL Premier Division under the guidance of Mark Brier and Daz Attwood. 2011/12 Season saw the appointment of Paul Quinn as Manager and after fourth and second place finishes in his first two seasons, the NCEL Premier title was achieved with a record points total in 2013/14 – the Clubs 50th anniversary season

Promotion to the EVO-STIK Northern Premier League (NPL) Division One North brought the highest level of football in the history of the Club only six years after leaving the West Riding County Amateur League, and a new and exciting challenge lay ahead. A very respectable fifteenth place finish was achieved in the Club’s inaugural season, and with valuable experience gained, solid foundations have been laid for playing football at this level.

Another fifteenth place finish but with a far higher points tally for Paul Quinn’s side in season 2015/16 brought optimism the Club was still heading in the right direction and coming to terms with the demands of the NPL. The Club’s development side also won the Lancashire League East Division for the first time.

In what ultimately became his final season, Paul Quinn cemented his legacy at the Club with a ninth place 2016/17 finish, the highest position achieved in the Clubs history and a fitting reflection of the tremendous job Quinn and his Assistant Mark Booth had done for Brighouse Town.

2017/18 season brought a new era with Manager Vill Powell and Assistant Nat Brown taking over the reins and starting to rebuild the squad after a player exodus following Paul Quinn’s departure. Powell’s appointment just before the start of the season meant that squad rebuilding had to be done as the season went along, never an easy job in such a competitive League. Despite spending time in the lower part of the table during the second half of the season, Town hit top form in the run-in to finish the season in a very respectable seventeenth position.

Powell used his first proper pre-season at Brighouse Town to strengthen his Managerial team; confirming Leon Wainman and Stacy Reed as his Assistants and had the majority of his playing squad already in place for the first training session of the new 2018-19 season.

This resulted in a fantastic season, firstly qualifying for the end of season Play-offs, and then going on to win the Play-off final with an emphatic 3-0 victory against Pontefract Collieries. The promotion place to the Premier Division that this would usually have brought, was denied to Town due to having an insufficient points-to-games ratio during the season which was the criteria to decide who got promotion, due to a lack of promotion places available for all the Play-off winners. Despite this disappointment, the season had brought the highest ever League position in the Clubs history.

Season 2019/20 saw Town’s late push for a Play-Off place brough to an abrupt end due to the Covid 19 outbreak and ultimately the season being declared null and void.

Manager Vill Powell has added experienced Coach and ex-professional John Francis to his coaching team and is happy with the squad of players he has assembled for the 2020/21 season.