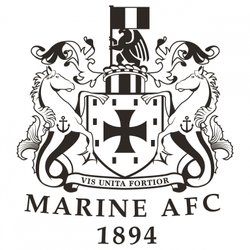 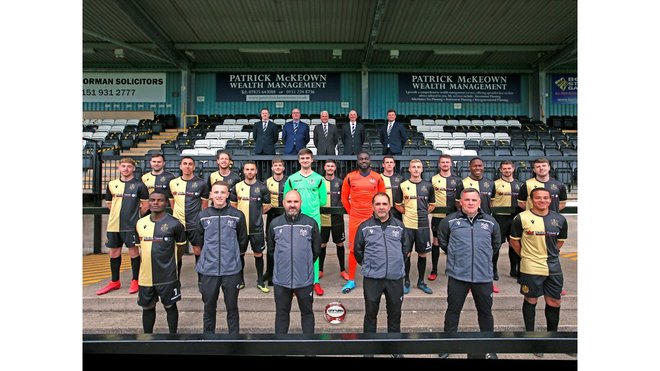 Californian resident returns watch gifted to him by neighbour.

Marine have submitted a planning application to install a 3G pitch at their Marine Travel Arena home.

As this season's Emirates FA Cup competition draws to an exciting and dramatic conclusion, already one club has ensured that their exploits will be forever remembered in the 2020-21 history books.

Marine have announced that defender Josh Solomon-Davies has signed a new contract with the club until May 2022.

Almost two weeks after their fairytale FA Cup run came to an end, we caught up with Marine defender James Joyce to reflect on the club’s successful journey.

Marine AFC have announced that winger Neil Kengni has signed a new contract that will keep him with the club until at least May 2022.

Marine's fairytale Emirates FA Cup run came to an end as they fell to a 5-0 defeat to Premier League's Tottenham Hotspur in the third round.

The Club was formed in 1894 by a group of local businessmen and former college students – taking its name from the hotel on the River Mersey sea front at Waterloo, seven miles to the north of Liverpool – where the founders met. They moved to their present ground The Marine Travel Arena (formerly known as Rossett Park) in 1903.

Marine quickly made an impression on local football, winning numerous titles in the I Zingari League and the Liverpool Combination. Their greatest success as an amateur team in this period culminated in an FA Amateur Cup Final appearance in 1931/32, when they lost 7 – 1 to Dulwich Hamlet in front of a 22,000 crowd at Upton Park, then home ground of West Ham United. In 1946 they went close again by reaching the semi-final. In 1935/36 they moved to the all-professional Lancashire Combination and enjoyed limited success before moving to the Cheshire County League in 1969/70. In 1972 Roly Howard was appointed first team manager and completed 1,975 competitive games over a 33 year period before retiring at the end of the 2004/05 season. He was recognised by the Guinness Book of Records as the longest serving manager in World Football as Marine enjoyed its most successful period winning some 30 trophies.

In more recent times, the Club have had a number of managers including Alvin McDonald (2005-2009), Kevin Lynch (2009-2013), Phil Brazier (2013/14), Carl Macauley (2014-2015), Sean Hessey (2015-2016). Alvin guided Marine to the UniBond Premier Play-offs in two seasons, losing to the eventual winners on both occasions. Kevin Lynch narrowly missed out on a Play-off place during his reign and Phil Brazier enjoyed his first season of football management. In February 2015, following a disappointing run of results, Carl Macauley left the club and defender Sean Hessey took over team affairs as caretaker manager. In Sean’s final 12 games in charge of the season, the Club escaped relegation by losing 1, drawing 5 and winning 6 matches and were handed a reprieve, following the demise of Salisbury City. In February 2017, the Club parted company with Sean Hessey following a poor run of results, the increasing threat of relegation and poor discipline on the pitch. With just a few weeks of the 2016/17 season remaining, former Skelmersdale United manager Tommy Lawson was appointed as manager. In 2017/18, his first full season in charge, Tommy and his team reached the Second Round Proper of the FA Trophy losing away to Dover and also reached the Liverpool Senior Cup Final for the first time in a decade. Tommy Lawson resigned as manager in September 2018 with experienced and successful manager Neil Young being appointed as manager, assisted by Alan Morgan and coach Ian Johnson. In April 2019, the club were relegated for the first time in their history and competed in the Northern Premier League First Division North/West in their 125th Anniversary year in the 2019/20 season.

Marine’s best performance in the FA Cup was reaching the Third Round in 1992/93 when they lost 3-1 to Crewe Alexandra. Marine have also achieved ten First and two Second Round appearances in the FA Cup and have beaten two Football League Clubs (Barnsley and Halifax Town) in the competition. Marine have twice reached the semi-finals of the FA Trophy in 1983/84 and 1991/92 and have been winners of 13 Senior County Cups. Marine have won the Liverpool Senior Cup seven times and the Lancashire Trophy Challenge Trophy three times.

The Club have twice won the accolade as “Football Foundation Community Club of the Year” in 2009 and 2010, as voted by readers of the “Non-League Paper” and in March 2011, the Club were awarded the “FA Charter Standard Community Club” award by the Football Association. In 2010, the club was awarded “Club of the Year” by outgoing league sponsors UniBond.

The Club is continuing to make improvements to their Marine Travel Arena base, eight years ago new floodlights were installed at a cost of £70,000. In 2015 the unused area under the stand was turned into a new community facility, matchday boardroom, hospitality suite and offices, all funded by donations. In summer 2016, the club demolished the old wooden building which housed the club shop, kit and groundsman store and extended the car park. In summer 2019, the old wooden buildings at the front of the stadium were demolished in a project costing £120,000. This saw new modular units replacing the old facilities and housing new offices, hospitality suites, tea-room, kit store, first aid room, steward control room and club shop.

In 2019/2020, the club celebrated their 125th Anniversary Year, which saw the launch of a new club crest, kit, tie, photographic history book and beer. With the season subsequently null and void due to the coronavirus, Marine will start 2020/21 in the North/West Division once again.