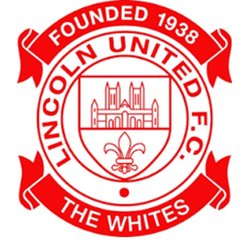 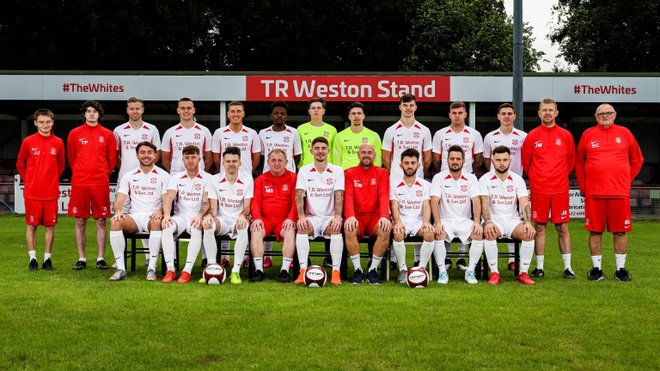 Lincoln United hope a valuable funding boost will enable them to provide 'successful and sustainable' football for an ever-expanding number of women and girls.

Lincoln United have announced the signing of Kyle Watkins for the upcoming season.

Lincoln United have signed goalkeepers Michal Antkowiak and Ross Woolley for the 2020/21 season.

Lincoln United Football Club began life as Lincoln Amateurs in 1938, just one year before the outbreak of World War Two and were admitted to the Lincoln League.

By 1951 the club was in a more stable position financially, so much so, that they were able to sign Ray Bean from Football League side Nottingham Forest, offering him a wage of five shillings which was equivalent to twenty-five pence a week.

However, this action meant that Lincoln Amateurs were no longer amateurs, so a name change was required. The obvious choice of Lincoln City had already been taken in 1882 so on a trip to play Sleaford the player's swapped ideas. It became a straight choice between Lincoln United or Lincoln Rangers; the vote went to Lincoln United.

A variety of leagues followed including being among the founder members of both the Northern Counties East League and the Central Midlands League.

During the 1987/88 season a strange decision was made by neighbours Lincoln City, they decided to give their striker Tony Simmons a free transfer. Possibly even more surprising was that the ex-Rotherham and Queens Park Rangers player Simmons joined Lincoln United.

Without a doubt this was the most important and influential signing ever made by United, as Simmons' goals were the catalyst for the success of the next seven years. The goals and class of Simmons helped the club to three promotions in four years though the team was nowhere near a one-man show.

The glory trail began in the 1990/91 campaign when the Central Midlands League's Wakefield Cup was added to the trophy cabinet. Next in was the Central Midlands Supreme Divisional Championship in 1991/92, it was also during this season that United reached the FA Cup First Round Proper but lost 0-7 away to Huddersfield Town; still, the players enjoyed the day and were featured on BBC's Match Of The Day programme. Promotion followed to the Northern Counties Eastern Division One where they won the title at their first attempt in 1992/93.

Within weeks of the 2002/03 season ending, Goddard quit. Coincidentally, a few days later, Grantham Town were also looking for a new manager following the resignation of John Wilkinson. As expected, in late May 2003, Wilkinson was appointed as Lincoln United's new manager, setting the target of a high final Division One placing as his goal, in a season when the whole non-league pyramid would be restructured.

Wilkinson set about rebuilding the side including the notable signings of Gary Bull and Mark Hone as well as a number of former Grantham Town players, some of whom had played under Wilkinson in his first spell as United Manager.

The season went well, with United finishing fourth and collecting the Unibond Fair Play Award for the Division. As a result of their league position, United moved into the restructured Unibond (NPL) Premier Division. It was United's highest finish since 1998.

Seasons 2004/05 and 2005/06 saw United struggle to consolidate their position in the Premier League and only a victory on the final day of the 2005/06 campaign ensured their safety. However, the season finished on a bright note when United beat Brigg Town to win the Lincolnshire FA Senior Shield.

2006/07 started brightly and the re-signing of goalkeeper Mario Ziccardi from Grantham Town was a major boost. However, despite a mid-table finish, the season ended disappointingly with three successive defeats. John Wilkinson left the club by mutual agreement at the end of the season to re-join Grantham Town.

For the 2007/08 season, United quickly appointed former Hucknall Town Manager John Ramshaw to replace Wilkinson and he set about totally rebuilding the squad. One of his first appointments was to sign former United player Chris White as his assistant.

With the majority of the squad having followed John Wilkinson to Grantham, many of the new players came from outside the Lincoln area and included Ben Scott from Ilkeston and Justin Jenkins from Hednesford Town. In fact, only four players remained from the previous season.

The season started well with an opening day victory over promotion favourites Witton Albion and impressive away wins followed at Prescot Cables, Ilkeston, and Ashton.

However, by the beginning of October the club was in decline and saw the departure of a number of players including fans favourite Alex Rodman to neighbours Gainsborough Trinity. A run of only one win in eleven games saw the departure of John Ramshaw, and his assistant Chris White was put in temporary charge. White was unable to arrest the decline and after taking just one point from a possible fifteen available, he was replaced by former Retford boss Mark Shaw.

He was given the task of rebuilding the team and there were a number of key departures from Ashby Avenue including Ben Scott to Hednesford. Amongst Shaw's first signings were former Scarborough keeper Leigh Walker, Nathan Swindells, Joel Burks, and Scott Brough. Brough's previous clubs included Scunthorpe United where he played 57 games and scored 3 goals.

Despite Shaw's best efforts, he was unable to turn the situation around and the Whites suffered their first relegation since the 1978/79 season and were relegated to the Unibond (NPL) Division One South. At the end of the season Mark Shaw was dismissed by the club and reserve team manager, Seamus Lawless was appointed in his place.

A new Committee was formed in 2010/11 led by Malc Cowling with three main objectives: Gain Promotion; Improve the Club’s Facilities; and Strengthen its Links with the Community.

Seamus was keen to refocus the club with the acquisition of more locally based players and some of the first signings saw the return of familiar faces to Ashby Avenue including Mario Ziccardi, Brendan McDaid, Sam Wilkinson, and Ian Wilkins. From the previous seasons campaign only long serving Gary Walters, Gio Carchedi, and Tom Mallinson remained.

Work issues saw Lawless step down the following season and between him, his assistant Chris Moyses and Baz Barker they oversaw the best FA Cup run since 1997, but it took ten games to get a league win. The 2009/10 Cup run ended in the 4th Round of Qualifying at home to Cambridge United. Within days Lawless had sadly had to quit, Chairman Chris Geeson appointed from within and turned to John Wilkinson with one instruction, "Keep the club in the Northern Premier League."

Improvements off the field were not mirrored on it and after a disappointing first two seasons, which saw the Club flirting dangerously close with relegation, United changed its management team and appointed new Manager, Dave Frecklington, and Assistant Manager, Sam Wilkinson in 2013/14.

Dave resigned in the close season of 2016 and his assistant manager Sam Wilkinson was appointed manager. Also, Ian Beaumont was appointed Chairman to move the club forward.

For the 2016/17 season, United led by Sam Wilkinson as its new Manager had Chris Hall and Stuart Reddington as Assistant Manager and First Team Coach, respectively. The new Management Team, and what was largely the previous season’s players, brought success earning a place in the Lincolnshire FA Senior Cup Final, having knocked out teams from higher Leagues in the Quarter and Semi-finals. That success was rewarded with a first ever Lincolnshire Senior Cup win when we beat Stamford 3 - 2 in the Final on their ground after beating Gainsborough Trinity 2 - 1 and Lincoln City 2 - 0 on our patch in front of 815 spectators.

The club also won the Divisional Fair Play award and the Management team recorded the best behaved bench-marks and still we remained competitive right to the end of a busy season.

Added to that cup win was a superb run in the Emirates FA Cup followed by a similar run in the Buildbase FA Trophy. Those two meant we got behind in our fixtures but a great run after Christmas took us onto the fringes of the Play-offs but not quite close enough. An exciting season, nonetheless.

In 2017, ex-Lincoln City chairman Rob Bradley was appointed Chairman of the club.

Sam Wilkinson resigned in February 2019 with Whites players, Sean Wright and Michael Jacklin taking over the reins till the end of the season. In March 2019, the experienced Steve Housham was appointed manager to start from the 2019/20 season. Also, Lincoln City Ladies team announced that they were re-forming and playing from Ashby Avenue, the home of Lincoln United, for the 2019/20 season.

After a hard start for the Whites in the 2019/20 season, Steve and his team found it challenging getting the same team out each week, but had some great results at home and away against much better teams in the league, but found the going hard to take and eventually resigned in February 2020.

The Board moved quickly to appoint previous manager Sam Wilkinson back in as temporary manager who took control of one game before the COVID-19 outbreak struck.

In the summer of 2020, a new committee was formed with new chairman Lee Griffin appointed. Sam Wilkinson was appointed as permanent manager to oversee the new season.

Throughout its history, Lincoln United has been a major force in the city of Lincoln’s football scene, thanks to the efforts over the years of its officials, players, volunteers, and supporters – too many to record in full. Some names do warrant a mention, however, like the legendary manager, Fred Green; former Secretary, Bryan Smith; former Chairmen, Keith Roe and Robin Taylor; current President and long-time benefactor, Maurice Bull; and manager’s, Allen Crombie, Gary Goddard, John Wilkinson, and Terry Fleming. Key players in recent years include Tony Simmons, Rick Ranshaw, Terry Fleming, Gary Crosby, Steve Carter and record appearance-maker, Brendan McDaid.

The future now looks very bright for the Whites.

COME ON YOU WHITES!