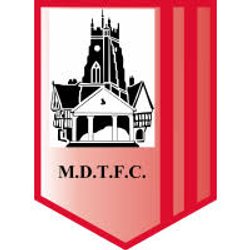 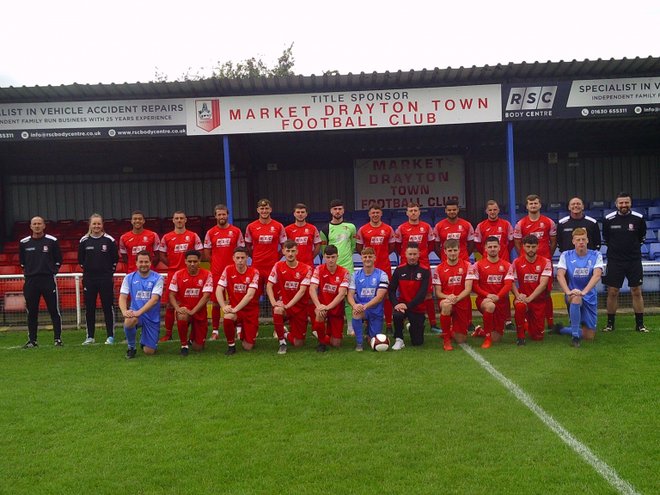 Market Drayton Town have announced that they have parted company with manager Dan Stevens.

Market Drayton Town will be hosting games on behalf of the 1st Battalion Royal Irish Regiment in the Emergency Services Football League.

Historically, football in Market Drayton has roots which go well back to 1893. Records show that the main game that season was against Blackburn Rovers and other games were played against Shrewsbury, Wellington and Oswestry. Drayton must have been a town of some repute as three teams were operating in the town up to the end of 1930s! The Town team was called the Nomads and played on the Maer Lane ground which had up to 500 supporters in attendance at most home games.

Just after the war in 1946, the town ran two teams - one in the Shrewsbury and District League, the other in the Market Drayton and District League. The Shrewsbury League players consisted mainly of men from the RAF stations at Tern Hill and Stoke Heath, symbols of the good relations existing between the town and the services which continue to do so. The club officials were encouraged in their efforts by those enthusiasts who match after match supported the team both home and away, and the gates for this period were the envy of every other club in the county. In the season 1952/53 the Town club successfully applied for membership to the Shropshire County League, the County’s senior league. The club finished reasonably well and played in the Challenge Cup Final against Newport Town at the Gay Meadow.

From 1958 to 1962 the club obtained the services of Jack Brown as Manager. He was an ex-amateur international and reasonable success was gained under his guidance, winning the County League Challenge Cup and the Powell Charity Cup in 1960.

Following disbandment in the early 1960s, the present club was formed in 1969 as a factory side named Little Drayton Rangers, and playing in the Crewe Sunday League, but moved on to the Telford Sunday League. The club then moved to the County League playing on Saturdays and winning the First Division at the first attempt. After several years winning local cup and league trophies, the club moved into the West Midlands League, and swiftly gained promotion to the Premier Division.

At the start of 2003/04, the present committee was formed, and the name was changed, taking up the name of the old town club which had folded many years ago. The following six seasons saw the club improve year on year both on and off the field. In the first season as Market Drayton Town FC, the team finished seventh in the West Midlands Premier Division and won the Shropshire Challenge Cup at the Gay Meadow. The second season (2004/05) saw Drayton achieve runners-up spot to Tipton Town in the League but again won the Shropshire Challenge Cup. The following season (2005/06) Drayton finally gained promotion to the Midland Football Alliance (MFA) by winning the league (by 18 points) and again won the Shropshire Challenge Cup for a record third year in a row. In 2006/07, Drayton embarked on a new era, playing in the MFA, Shropshire Senior Cup with AFC Telford and Shrewsbury Town, Staffs Senior Cup, FA Cup, Vase Cup and League Cup. After securing status in the MFA by finishing thirteenth in the first year and then finishing a very close third in 2007/08, Drayton were very much hoping to go one step further and gain promotion from the MFA. After a long hard season in 2008/09 where 56 games were played, Drayton achieved the main aim and were crowned Midland Football Alliance League Champions finishing 8 points ahead of second place Barwell Town. With astonishing statistics: 31 league wins, 24 league clean sheets, 111 league goals scored, 31 league goals conceded and only 5 league defeats, a few Alliance records were broken, and the club went on to win the League and Cup double by defeating Boldmere St Michaels at Walsall’s Bank’s Stadium in the League Cup Final 2 – 0, one of only two clubs to ever have that accolade. A great end to a fantastic year for the football club. During that season Drayton also managed to reach the last sixteen of the FA Vase but unfortunately lost at Biggleswade Town 4 – 5. Various managers were employed by the club during this time including Jimmy Mullen and Greg Clowes who brought stability to the team.

In December 2014, Town appointed Martyn Davies as player/manager with Steve McCormick as his assistant. Martyn is a club stalwart who has scored almost 300 goals in his time as a player for the club. Having staved off relegation in 2014/15, 2015/16, was Martyn’s first full year as manager and he led the team to their best ever league performance by finishing in eleventh position and for a while were thereabouts in the Play-off places. The last three seasons have seen the club at the wrong end of the table but have still maintained their place in the National League System despite a low budget. Martyn decided to resign at the end of the 2018/19 season to spend more time with his family and Chairman Mick Murphy decided to appoint another club stalwart, Steve McCormick as manager assisted by Nick Roberts and Coach John Timmiss.

Martyn Davies was persuaded by the Chairman to return to the club and try to help maintain the clubs status at Step 4. Martyn then stepped down to allow Dan Stevens to take the reigns. The outbreak of COVID 19 curtailed the season in March and we now go into year eleven at Step 4. Dan will embark on his first full season as manager hoping to build on the stability he bought to the club towards the end of last season.

Market Drayton are known to be one of the friendliest clubs in the league with great hospitality. It is likely we will be moving to a new ground in the 2022/23 season which should take us forward, especially off the pitch.