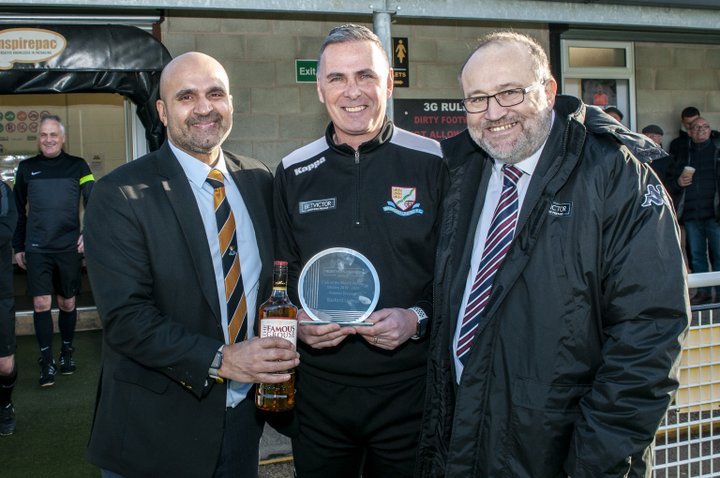 Basford United are the BetVictor Northern Premier Division Club of the Month for January.

They put themselves firmly in title contention with five wins and a draw from their six league games in the month.

They kept a clean sheet in five of those games, only conceding away at Stalybridge Celtic, where they came from 2-0 down to win 3-2. 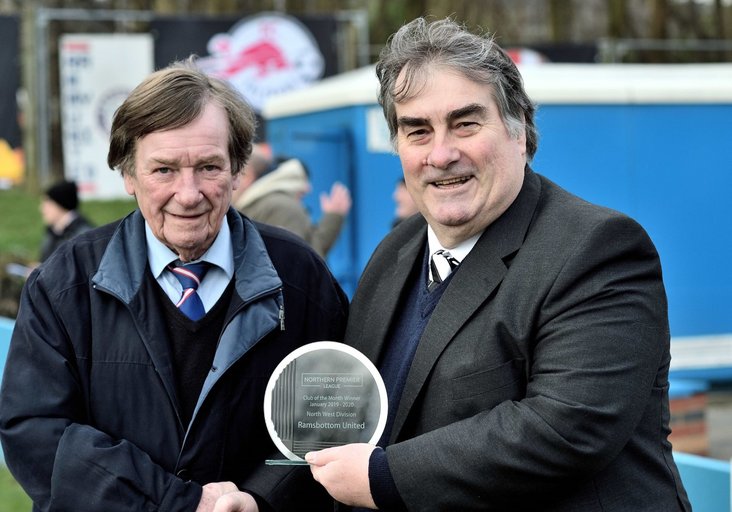 Manager Steve Chettle and chairman Chris Munroe received the award from NPL chairman Mark Harris ahead of the 1-1 draw with fellow title chasers FC United at the weekend.

Having won it in October/November, an excellent month that saw six victories in eight games helped them earn the January award.

Five of those wins came in the league as they propelled themselves right in to title contention, and they now sit top of the table as February begins.

Their only league defeat came at the hands of Dunston, while the only other defeat was against Trafford in the Integro League Cup.

Nic Evangelinos bagged five goals in the month to earn the club’s Player of the Month award.

For a second successive month, Leek Town were awarded the S/East Division Club of the Month award.

They sit proudly at the top of the table with a most enviable record of 18 wins, three draws and one defeat to the end of January.

They won five out of five in the league in January, defeating Sheffield, Kidsgrove, Market Drayton, Spalding and Worksop.

Their only blip came in the shape of a penalty shoot-out defeat to Widnes in the Integro League Cup.

They have since won their first two games in February and hold an eight point lead at the top of the table.

RIP John Eastment  The Northern Premier League would like to pass on its condolences following the passing of Southern League stalwart John Eastment.