Collins and Williams re-sign with Loughborough 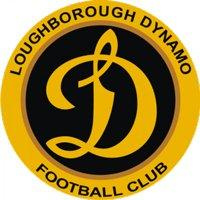 Collins has scored six goals in his last nine appearances for the Moes, having joined the club from Loughborough University last summer.

He said: “I want to maintain my fitness before pre-season so I’m going into that period strong.

“I want to then have a good start to the season, and I want to try and cement a place in the starting line-up.”

Williams joined the club in September 2020 after impressing manager Lee Attenborough during a trial in pre-season when he scored in a friendly against Coleshill.

He made seven appearances for the Moes during last year's curtailed season.

 Warrington's Luke Duffy looking forward to new season after re-signing with club Warrington Town midfielder Luke Duffy says the fans are the "12th man" and can't wait to be back playing in front of crowds at Cantilever Park.

Duo join Worksop as club announces retained list  Worksop Town have announced the signings of Liam Bateman and Lewis Gibbens ahead of the Pitching In Northern Premier League 2021/22 season.