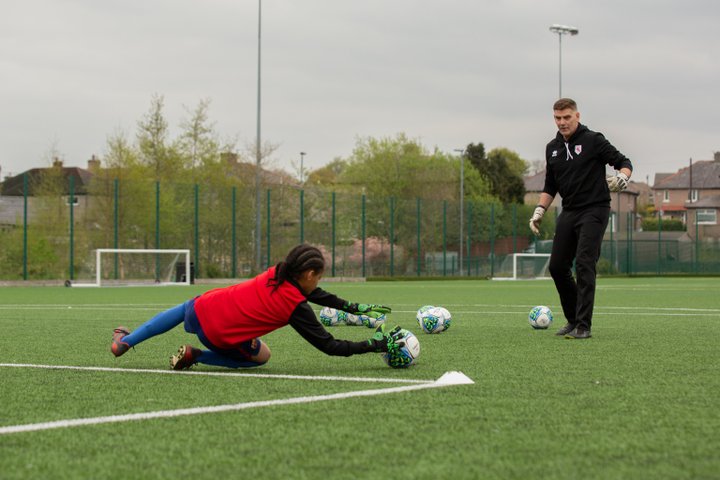 They say you have to be crazy to be a goalkeeper, but no one seems to have told Colne FC, who are running specialist training for budding young shot-stoppers in the area.

Thanks to funding from the Pitching In Trident Community Foundation, the Northern Premier League club are laying on weekly sessions for those who prefer being between the sticks than out on the pitch.

Despite a mixed season off the pitch for the Reds, it is yet another example of the positive the club is having off it by placing themselves at the centre of its community.

“I think the last two years have shown where football clubs have to sit and where they want to sit, and Colne is no different,” said chairman Ryan Haigh. 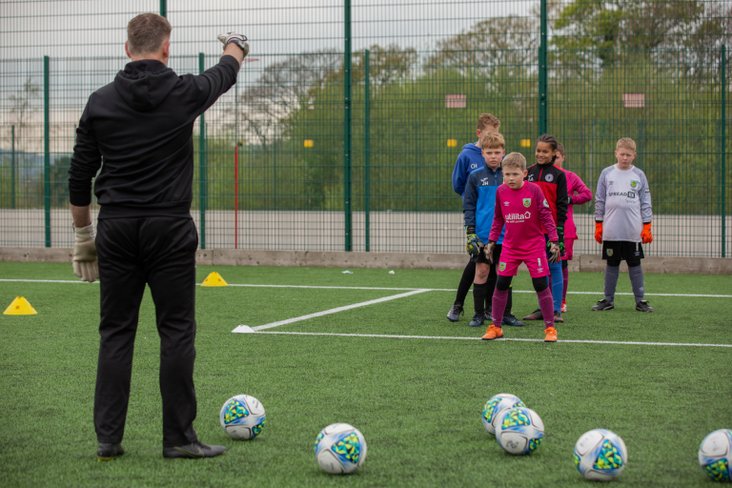 “We want to be in the heart of the community and now we’ve got the chance to be back there after two very hard years. Putting courses on like this can only enhance what we give back to the community.

“The whole idea was about introducing goalkeeping to the children, as a football club we run age groups from five up to 18.

“The coaches were always saying that the kids turn up to play football but how many goalkeepers have they had? They had no volunteers for goalkeeping.

“The funding helps immensely. It allows us to hire the facilities more than anything and to buy the equipment and put the sessions on. We’ve had 30 plus kids sign up for the sessions, so the interest was definitely there and it’s something we hope we can continue.”

“I think it’s great what the club are doing, that’s why I said I’d get involved,” said Burton.

“When the chairman asked, I was well up for it. The club itself is a very family-based club, and they do get the community involved in a lot of it. It’s good to see the club giving back to the community and them taking up on the community as well.

“I guess you could kind of see it as a bit of a role model. I know some of the kids that are here do actually come and watch us play.

“If they come and watch me on a Saturday and then they get to be coached by me at the same time, kids at that age do see that as a bit of a boost.”

The community sentiment is one echoed by Christie, who only recently joined the club but has thrown himself into the training sessions and extolled the virtues of the club being able to run sessions thanks to the grant funding.

“You want them to come and watch Colne,” said Christie.

“Every kid likes watching football, but if you can do something, they come through the turnstile, the parents come and watch, they’ll say mum, dad, can I go and watch Colne on Saturday?

“Who’s to say, ten years down the line, you get one of the kids who ends up in the first team or the reserves. You want homegrown talent at the club, there’s a big catchment here.

“If it’s not out there for the kids, the kids won’t enjoy their football, they won’t get involved with teams.

“If you’ve got this, they can come down, bit of fresh air and freedom, and it’ll keep them fit.

“Technically it’s the hardest position on the football field. For a young lad, there’s so much to learn and if you can make it fun, see a little bit of improvement every week, I get a big buzz out of it every week.”

Ladbrokes, with the support of its owner Entain, has launched a multi-million-pound investment programme, Pitching In, designed to support and promote grassroots sports. For more details see: https://entaingroup.com/sustainability/pitching-in/