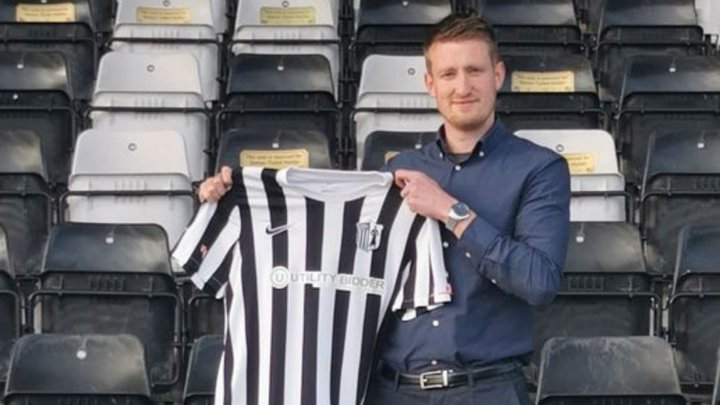 Corby Town have announced Lee Attenborough as their new manager.

Attenborough, 31, began his management career at Sileby Town in 2016, before moving to Ashby Ivanhoe where he guided them to fifth place.

In 2017, Attenborough joined Loughborough Dynamo as assistant manager before taking over the head coach role following Pete Ward's departure, where he steered them into eighth place in his first season.

He left the Moes last October after 104 games in charge of the club.

On his new role, Lee Attenborough said: "It is a privilege to be given the opportunity to manage Corby Town. Every time I have came here as a player or a manager, I am always blown away by the stadium and infrastructure at the club but most notably the support from the fans.

"Having met with the owner, chairman and the board, it was clear that our vision for the club and our ambitions aligned.

"I've been managing Loughborough Dynamo in this division for the last 4 and a half years. During my tenure, the vast majority of club records were broken and every season provided a top half finish, including a 2nd place prior to curtailment.

"During that time I've got to know this league inside out and I feel it's now the right time to really test myself at a club like Corby Town where there is a genuine ambition to push at the top end of the table.

"I'm a realist and I know there is a lot of work to do. The club simply cannot have another season like the one just gone and it's my job to ensure that I get the best out of the players we will retain but also bring in the right players to push the club forward whilst cutting the cloth more accordingly.

"I want to build a squad that the supporters identify with and can be proud of. A squad that shows humility and respect for the badge and leaves everything out on the pitch- the minimum that the fans of this club deserve.

"As well as my work on the pitch, I will be trying to galvanise the wider club. If the board, volunteers, management, players and supporters can all pull in the same direction, we can make Corby Town a real force to be reckoned with. Its a juggernaut of a football club at this level and we need to turn it round and get it moving in the right direction.

"I'm excited to get going and really looking forward to meeting everyone involved with the club and the supporters during our pre season fixtures, which will be announced in due course."