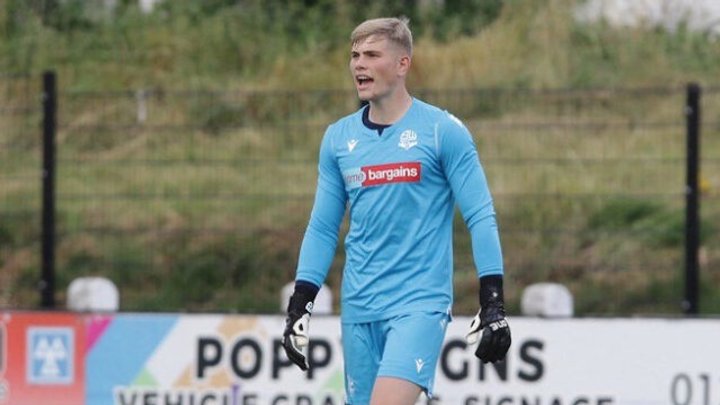 Atherton Collieries have announced the signing of Luke Hutchinson on loan from Bolton Wanderers.

Hutchinson, 18, is a highly-rated goalkeeper who has produced some impressive first team appearances for the Trotters throughout their pre-season schedule including 45 minutes against the Colls.

Speaking on the new signing, manager Brad Cooke said: “I’m delighted to get him in in. Bolton have done us a massive favour allowing us to look after him, develop him and move him forward. Ian Evatt has spoken in the press recently about how Luke is a huge asset for the club, so for them to have the trust in us to progress him shows that we must be doing something right!

“Luke has got loads of ability. We watched him at Chorley last week and he was fantastic. In training with us we’ve seen how capable he is, and we’re really pleased. It’s a breath of fresh air, he’s an 18-year old lad that just loves playing football and just wants balls kicked at him all day, that’s the beauty of youth! He’s a well mannered lad, I’ve had a good chat with him and we’re both really excited.

“For us, it’s progression again. We’ve already got two good goalkeepers at the club, and this brings more competition. We’ve strengthened in the other areas of the pitch, and now Luke being here will elevate that competition between the sticks as well! I’m just pleased to have him.”