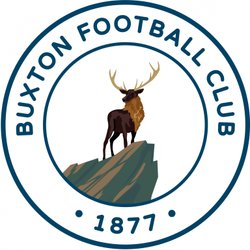 Buxton have decided to put their match worn shorts on auction to raise money for those affected in Ukraine.

Buxton played in yellow shorts with their blue shirts at the weekend to show solidarity with the people of Ukraine.

Buxton Football Club have today confirmed they have completed the transfer of defender Sean Newton who will be joining from York City.

Buxton Football Club striker Diego De Girolamo has suggested that his side have returned to form after a tough run of recent results.

Former Newcastle United and Wigan full-back or midfielder Ryan Taylor made his Buxton debut in the loss to Scarborough on Tuesday night.

Buxton FC boss Steve Cunningham insists there is no panic at the club as they look to address their recent poor run of form.

Situated 1,000 feet above sea level, the Silverlands is the highest ground within the Pyramid of soccer - and substantially higher than the highest Football League ground (The Hawthorns). The Main Stand has seats for 500 and the 2 covered terraces provide accommodation for a total of over 2,000. Recent development work at the club has seen a major revamping of the social club and the building of a new boardroom as well as extending the home dressing room and most recently, the addition of a further dressing room to accommodate female officials.

The club's highest NPL final placing was 4th position achieved in 1980/81, though it was not until September 10th, 1991 "the Bucks" actually topped the NPL (eventually finishing 5th). Buxton’s best years in the FA Cup came in the two decades after World War Two. In 1951/52 the club, having defeated then Football League Club, Aldershot, 4-3, reached the third round proper only to lose 2-0 at Division 2 side Doncaster Rovers, while first round appearances followed in 1958 and 1962. However in 2003/04 Buxton reached the fourth qualifying round only to meet their match at Nigel Clough’s Burton Albion. The early days of the FA Trophy however saw the club develop a considerable reputation, reaching the quarter-finals in 1970/71 and 1971/72. A full member of the FA and the Derbyshire FA., Buxton FC has won the Derbyshire Senior Cup 10 times, including 3 times in the 1980s.

A members' club run by an elected committee for most of its life, Buxton FC became a Limited Company in June 1993. The club was beset by financial problems after the establishment of the National Lottery and successive relegations in 1997 and 1998 took it to the NCEL. Manager Kenny Johnson and Ronnie Wright inspired a revival in 2002 and when Nicky Law took over from them in 2005 he was given the brief of leading the club back to Northern Premier League status. His first success was in leading the club to NCEL Presidents Cup victory in April 2005 in a thrilling 2-legged final against Sutton Town and in 2005/06 ‘the Bucks’ enjoyed their best season since the early 70’s. The President’s Cup was retained and the NCEL Premier title was won with eventual ease, beating second place Liversedge by a massive 15 points, losing just 3 league games all season and conceding just 27 goals in 38 matches. The league victory meant a return to the Northern Premier League that the club’s followers had been crying out for since 1998 and the success was to continue with the capture of the UniBond First Division championship in 2006/07 as well as winning the UniBond President’s Cup. Nicky Law departed the club at the end of 2006/07 and was replaced by the experienced John Reed, and assisted by ex-Swansea City player Clive Freeman, who guided the club the UniBond Premier League play-off final in his first season in charge, just missing out to Gateshead. The 2008/09 campaign didn’t get off to the best of starts with injuries and suspensions robbing the squad of key players and a relegation battle was only avoided following an upturn in fortunes after the New Year. The club did win some silverware though in the shape of the Derbyshire Senior Cup, which returned to the Silverlands after an absence of 22 years. The next two seasons were a story of ‘what could have been’ with 8th and 6th finishes in the league and good FA Cup runs which resulted in exit at the final qualifying stage in both seasons. In 2010/11 the Bucks ran Blue Square National big spenders Fleetwood Town very close on their home ground in the 4th qualifying round, this after defeating AFC Telford United with 9 men in the previous round. The Bucks also reached the final of the Derbyshire Cup in 2011 but were defeated by a strong Derby County side at Chesterfield’s B2Net Stadium. The Bucks got off to a disappointing start in 2011/12 and John Reed and Clive Freeman left the club in November by mutual consent. The managerial reigns were initially picked up by experienced player/coach Scott Maxfield, who brought in ex-Sheffield FC manager Chris Dolby as his assistant, but Martin McIntosh was appointed manager in February with ‘Maxi’ as his assistant. Results picked up immediately and a remarkable run of 10 wins from 12 matches at the end of the campaign left the Bucks in 13th place when relegation looked odds on at one stage. To cap the season off the Bucks gained revenge over a young Derby County side in a repeat of the previous season’s Derbyshire Cup Final to lift the cup with a Mark Reed goal.

In 2012/13 the Bucks finished a very creditable 7th in Martin McIntosh’s first full season in charge and in 2013/14, after signing experienced former full-time professionals like Andy Warrington and Derek Niven, the club made a good start to the campaign but a poor run of form around Christmas time ended any play-off hopes and needed some solid late-season performances to finish 13th. In 2014/15 the Bucks were always in the hunt for a play-off place until the final throws of the campaign, but poor home form cost vital points and the final finish of 10th was the lowest position in the league table for virtually the whole season. Another mid-table finish was achieved in 2015/16 but the transfers of leading scorer Liam Hardy and influential midfielder Warren Burrell, plus a serious injury to the experienced ‘keeper Phil Barnes, meant yet again that elusive play-off place was missed. The 2016/17 was yet again a story of a late dip in form costing the club when a play-off place was missed despite being in the top five for the majority of the campaign. In 2018/19 the Buxton directors decided to have a change of management in early March, following a poor run of form, with the appointment of former Bucks 'keeper Paul Phillips and Steve Halford into the joint hotseat. There was an instant up-turn in results, meaning the Bucks finished 8th in the league. Last season was arguably one of the most important in the club history with a massive investment at the ground. A new 3g surface was installed along with new floodlighting and pitch surround meaning the Silverlands ground will be available to use 7 days a week. On the pitch, it was another ‘nearly’ season with a play-off place secured on the last day of the season. The decision was taken part-way through the campaign to make Paul Phillips sole manager and an upturn in results, including a 6-0 demolition of local rivals Matlock Town, meant the Bucks earned a play-off semi-final at South Shields. The footballing gods weren’t smiling that night though and following a poor run of results in the first few months of the truncated 2019/20 season saw Paul Phillips resign as manager to be replaced by former Hednesford Town manage Gary Hayward and his assistant Mark Ward. Hayward steadied the ship and has overseen a near complete overhaul of the playing squad in the summers of 2020 and 2021 and like everyone else, we are hoping for a COVID-free season.