From the NPL to Brazil 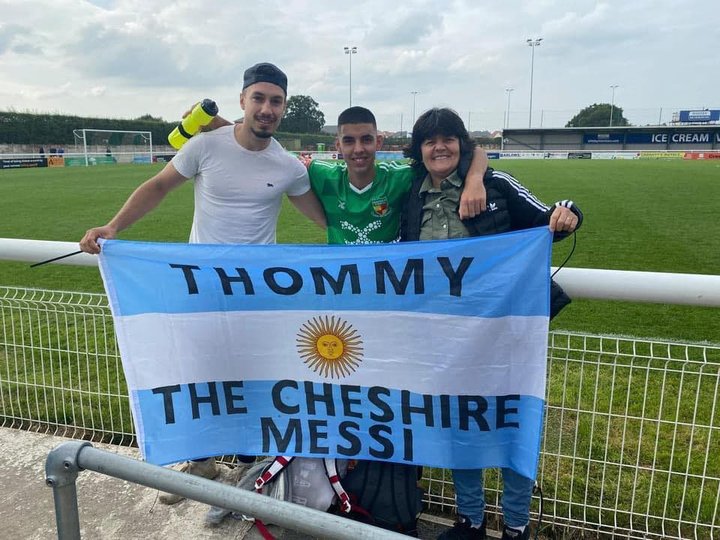 Argentinian midfielder Tommy Montefiori was recently involved in one of the more bizarre moves of recent times after he left Nantwich Town to join Brazillian side Gremio.

The 19-year-old began his footballing career in his Native country of Argentina where he played for River Plate before making the most of his Italian passport and moving to AC Milan. After spending a year at the Italian giants he was forced to leave the country due to a breakdown in documentation in Italy.

After leaving Italy, he arrived in England where he wanted to learn more about the English culture, and the English game. When speaking to a local radio station Tommy said “I want to improve my English speaking, my style of play, along with many other things. I want to play in the Premier League as soon as possible and improve on everything”

Due to the COVID outbreak it was hard for the Argentine to find a club. Eventually Tommy joined Crewe Alexandra where he was able to train with them for a few months. However, when it came to signing Tommy, The Railwaymen were unable to do so as they would have to pay compensation because Tommy arrived in the country before he was 18 years old.

The only real option now for the teenager was to play in a drop down the leagues and so he made the short trip across South Cheshire to join Northern Premier League side Nantwich Town who play in the seventh tier of English Football.

Tommy was an instant hit with the Dabbers fans, his pace, agility and excellent ball control made him a real threat.

Having shone during the 21/22 pre-season he bagged his first Dabbers goal on his competitive debut against Stalybridge Celtic and quickly earned himself the nickname ‘Cheshire Messi’ from Nantwich fans. In his brief Nantwich Town career, he went onto make 35 appearances, scoring 3 times.

After another breakdown in Paperwork, Tommy had to leave the UK, but before he left, he had this message for Dabbers fans.

“I would like to thank all the fans, the staff and my teammates. I will never forget this club and will always be grateful for the love and the support. I will miss wearing these colours. Thanks for everything. It’s been a pleasure, Once a dabber always A Dabber”

After going back to South America, Tommy was then met with a plethora of clubs who had been tracking his progress since he left River Plate when he was just 16 years old.

On the 14th June, Montefiori signed an 18 month contract with the Brazilian Second Division side where he will initially play for their Under-21 side who are playing in the Brazilian Soccer Championship.

So from the 7th tier of England playing semi-professional football to the club that have won 41 Brazilian First Division titles, 3 Copa Libertadores titles, and started the career of Ronaldinho, in less than a year. There isn’t a Roy of the Rovers in South America, but if there was, he’d be called Tommy.