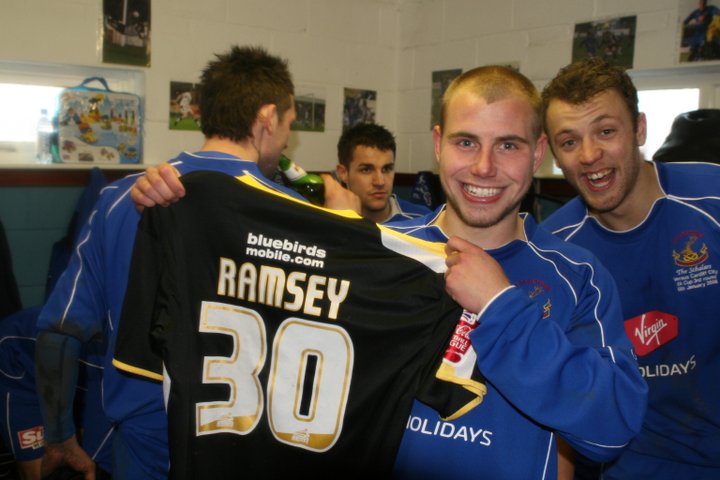 The build-up to the eagerly-anticipated FA Cup tie between Marine and Premier League giants Tottenham Hotspur has rekindled special memories in a small corner of Staffordshire.

Chasetown became the lowest-ranked side ever to make the third round proper in 2007/08 – and the first from the eighth tier to do so – when they took on Cardiff City in a tie which sparked an ongoing friendship between the two clubs.

And as Chasetown's Pitching In Northern Premier League counterparts Marine prepare for their own day in the spotlight on Sunday, Scholars chairman Mike Joiner has urged the Merseyside outfit to savour every moment. 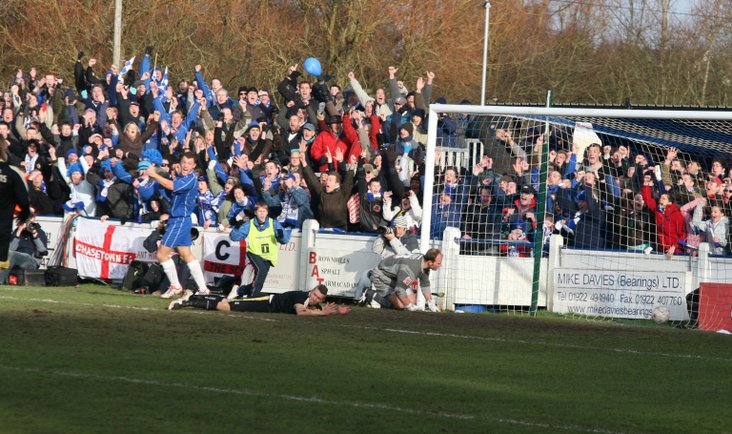 “To think Tottenham will be at Marine beggars belief – there’s nowhere else in the world a club of Tottenham’s stature would play somewhere like that as equals.

“It’s similar to our own [Cardiff] tie – lads go to work five days a week and then have the chance to play a once-in-a-lifetime match.

“Marine are under immense pressure to comply with everything that’s going on at the moment but I really hope they enjoy it.

“From the players’ point of view, I would say just go out there and do your best. Don’t leave anything in the dressing room. You’re not expected to win but this is your cup final, as it was for us 13 years ago.”

Chasetown and Marine are both supported by Entain’s innovative Pitching In programme, a flagship initiative that marries vital financial assistance with an emphasis on community and volunteers.

For the Scholars in 2007/08, it was a famous replay win over Port Vale that set up the Cardiff tie and brought the atmosphere in the village to fever pitch.

When the day itself arrived, Chasetown – roared on by the majority of the 2,420 crowd - took a shock lead through Kevin McNaughton’s own goal but Peter Whittingham equalised on the stroke of half-time.

Aaron Ramsey scored on his first FA Cup appearance to put the visitors in front and the Bluebirds went on to win 3-1 – but the hosts had done themselves proud.

“The build-up in the two weeks beforehand was electric,” Joiner said.

“The streets were all decked out, as were the windows of all the shops – someone even put a prize up for the best shop window. The whole event was brilliant and it put the town on the map.

“It’s probably the only time I’ve ever enjoyed not winning a match. For the players that played that day, it’s something that will be there forever.

“Because Cardiff got to the final that season, it felt as though we were taken with them on every round.

“For the final against Portsmouth at Wembley, the manager [Charlie Blakemore] and myself were invited to the royal box. We sat with the sponsors and had a meal on the same table as Sam Allardyce and Peter Reid.

“I had to pinch myself to take in where I was and what we had achieved, considering we didn’t even have a ground of our own when I first started.”

A VIP trip to the Cup final was not the only sign of the special relationship which developed between the two clubs.

“The following year, Cardiff opened their new stadium and we were asked to be the first team to play against them,” Joiner said.

“For Chasetown to be the first team to play them at the new stadium was unbelievable.

“To go from a park pitch when I started all those years ago, to owning our own ground, to playing a future Premier League club in the third round of the FA Cup – it was phenomenal. They are memories which will last a lifetime.”

Entain, owner of Ladbrokes and Coral, has launched a multi-million pound investment programme, Pitching In, designed to support and promote grassroots sports. The programme includes a flagship partnership with The Isthmian, Northern Premier and Southern Leagues - collectively known as The Trident League, as well as a partnership with the UK sports charity SportsAid. For more details see: https://entaingroup.com/sustainability/pitching-in/