Morpeth fly the flag for NPL in FA Trophy 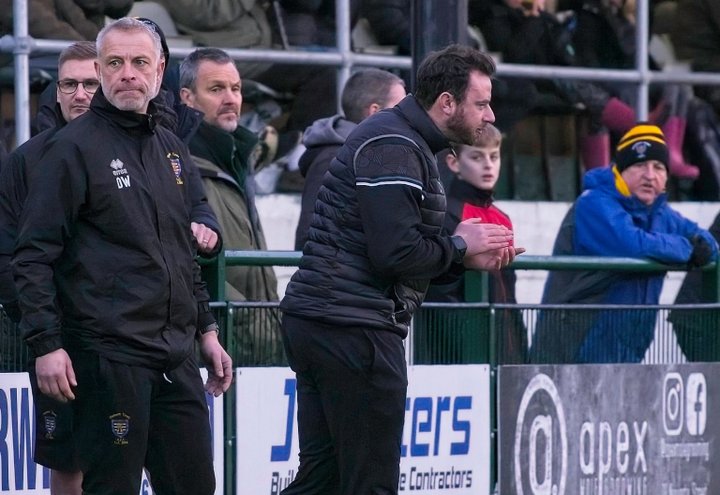 Morpeth Town are the last remaining Northern Premier League side in this season's FA Trophy.

On Saturday, they welcome National League North side Boston United to Craik Park looking to continue their fine run.

It's the first time in the Highwaymen's 128-year history that they have reached the fourth round of the competition.

Manager Craig Lynch believes confidence will be high as they look to upset the odds and keep progressing in the competition.

He said: "Boston will come to Craik Park as the highest ranked team we have played in recent years in front of a crowd.

“We had a great turnout on New Year’s Day, with over 1000 fans in attendance, and it would be great to get more than that for this massive game.

"Boston are a very good side and have shown that in the National League North this season, sitting in the playoffs.

"With us being at home and playing well recently we are sure to give a good account of ourselves and it will make for a really good game.”

Lynch could be boosted by the return of centre-back Callum Morris and striker Carl Finnigan, giving him a near full deck to choose from.

That is a luxury the manager has rarely had, particularly in his first game in charge when just 12 first team players were at his disposal.

“We’ve got lads playing well on the pitch, lads waiting in the wings to get their chance and that’s a good headache to have,” he continued.

“At the start, when I took over, we had 12 players and you’re thinking ‘oh God’. But the lads have been different class against Stafford Rangers to keep our run going and we head into the Boston game full of confidence."

Morpeth played Notts County in the FA Trophy a couple of years ago, but it was behind closed doors due to COVID restrictions.

They are currently on a 14-match unbeaten run in all competitions, dating back to their 3-1 defeat to York City in the FA Cup fourth qualifying round.

During that run they have won through four rounds of the FA Trophy, three of them on penalties.

They beat Pickering Town 4-2 in the third qualifying round, before seeing off Bromsgrove Sporting 4-3 on penalties following a goalless draw in the first round.

A 1-1 draw at Warrington Town in round two saw them prevail 5-3 on penalties, and then a 3-3 draw against another Premier Division side in Lancaster City was also decided 5-3 on penalties in Morpeth’s favour.

 Premier Division preview: Promotion hopefuls to do battle in Derbyshire Matlock Town will be hoping to strengthen their grip at the top of the Pitching In Northern Premier League Premier Division table this weekend when they visit Witton Albion.