Ebdon and Hussey stand down 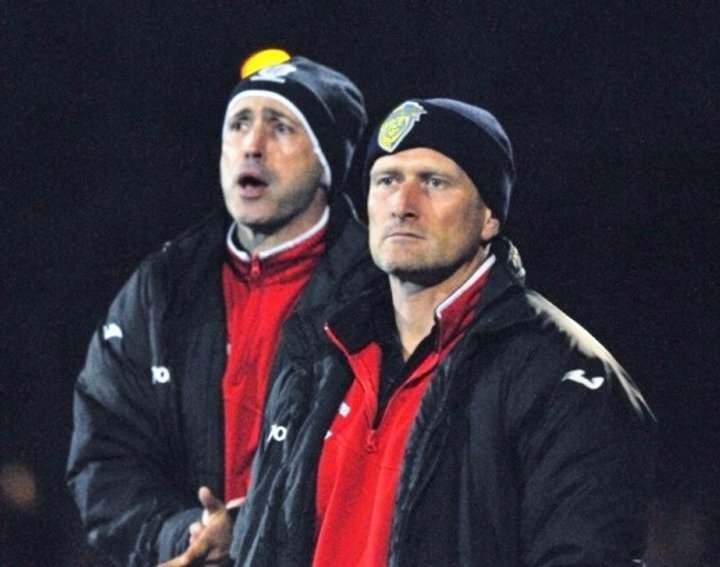 After securing a 12th placed finish in EVO-STIK NPL First Division South with a 1-1 draw at home to Leek Town on Saturday's final day of the season, officials confirmed the exit of the pair, pictured, in a club statement on Monday.

The Tulips said: "After conversations with the club, Marcus Ebdon along with Danny Hussey have today decided to step down from the management team, due to work and family commitments. They both felt they could not give the club the appropriate time required for Spalding United to remain a successful step 4 club.

"The club wishes to make clear Marcus and Danny leave us on good terms and will always remain a respected and significant duo at Spalding United. Their legacy at The Sir Halley Stewart Playing Field has long been guaranteed and they will always be warmly welcomed back. "The club’s focus is now on ensuring our talented squad reaches its potential with local youth merging through. There will be no further comment until a new appointment is made."

Former Alfreton boss and Tamworth number two Ebdon kicked off his career at Everton as a youth before going on to play for Peterborough United, Chesterfield and Leyton Orient in the Football League and a number of others in Non-League. Now 45, the former Welsh U21 international joined the Tulips as player-assistant manager in June 2012 before stepping up to replace Pat Rayment in November 2015.

Potential successors for the hot-seat at The Sir Halley Stewart Playing Field have been set a May 9 deadline to apply for a role offering what officials say is "a fantastic opportunity to work within a vibrant club".

 McCartney has to head home Spennymoor Town coach Glen McCartney is leaving the EVO-STIK Northern Premier League First Division North runners-up at the end of the season to return home to Belfast.