Spurs greet Marine a year on from historic clash 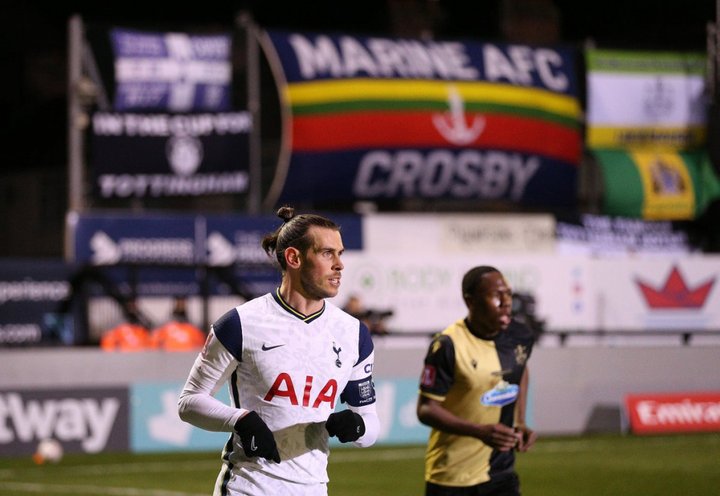 A delegation from Marine will attend the Tottenham Hotspur Stadium to mark a year since their famous FA Cup third round tie.

Spurs are hosting EFL side Morecambe on Sunday in this season’s competition.

Marine club officials have been given the opportunity to thank the many thousands of Spurs fans who bought virtual tickets for last season’s game and to highlight the friendship forged between the two clubs as a result of the fairytale FA Cup pairing.

Chairman Paul Leary said: “Tottenham Hotspur and its fans have been amazing since the day the Third Round draw was made, producing the most magical Emirates FA Cup fixture in the 150-year history of the FA Cup played exactly a year ago this Sunday at Marine. 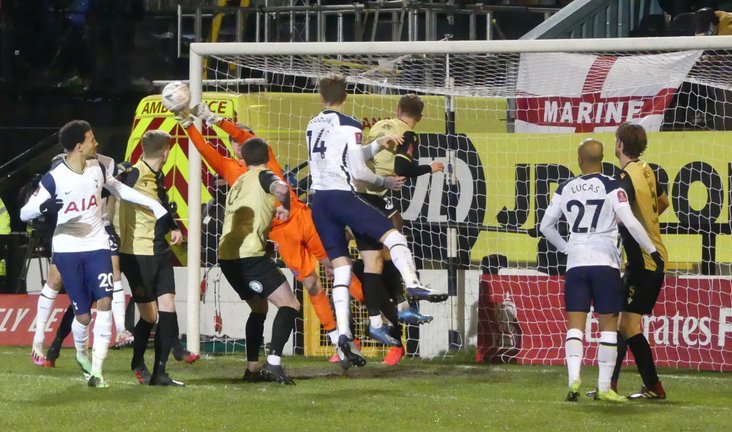 “Despite the footballing gap [161 places] between the two sides an immediate friendship developed between the two Clubs, and Spurs fans around the world rallied unbelievably to support our club's virtual ticket appeal launched as a result of our final four games in the competition having to be played behind closed doors due to Covid restrictions.

“32,202 tickets were sold, the majority to Tottenham Hotspur fans living in 45 countries around the world. This has changed our Club in such a massive way enabling us to plan and invest in facilities to a level that we previously could not even think about. It has transformed our volunteer-run football club and has furthered our ambitions dramatically.

“We have accepted an invitation from Tottenham Hotspur to attend their Emirates FA Cup 3rd Round tie on Sunday against Morecambe, and this has given us an opportunity to say a massive "thank you" to the Tottenham Hotspur directors and their fans for the amazing support given to us last year.

“We shall make a special presentation to acknowledge that and to recognise the very special bond that remains between the two clubs." 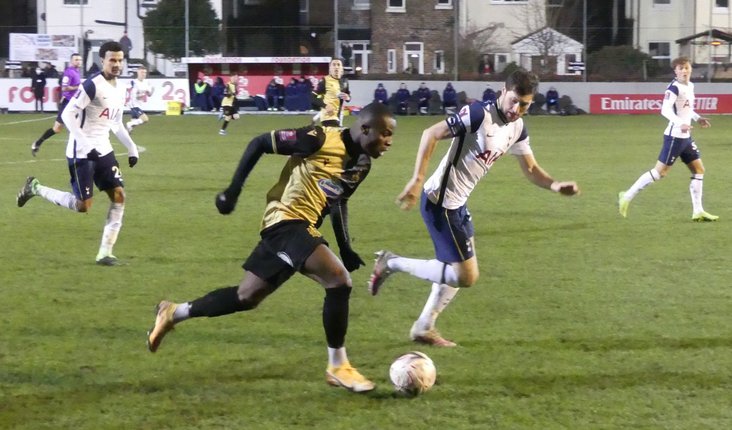 The game at the Marine Travel Arena was unfortunately held behind closed doors, but enjoyed by millions worldwide live on the BBC.

The support of Spurs fans in buying virtual tickets for the match has helped fund significant improvements to the Marine Travel Arena, while the club has boasted a huge increase in average attendances this season.

A capacity crowd of 2,150 watched Marine’s last home game against Bootle, the highest gate for a league fixture in the club’s history.

Marine President Dave Thompson added: “We at Marine jumped at the chance to come to the Tottenham Stadium on Sunday to say a huge thank you to all the Spurs fans who have helped to change our club hopefully forever. With the help of Spurs and other global football fans who bought so many virtual tickets for a game nobody could attend, it has changed our club’s future.

“The monies generated have helped us transform our small stadium and facilities, with new and improved boundary fencing and applications in for a new pitch, terracing, access gates and working towards increased capacity. None of this would be possible without the support of Spurs fans and we want to be there on Sunday to applaud and say “thank you”.

“We have already created a virtual ticket wall at the Marine Travel Arena which displays the names of those who bought tickets, and this remains open as a permanent dedication to all those who supported us.

“We are all excited for Sunday’s occasion, and I am really looking forward to this opportunity.”