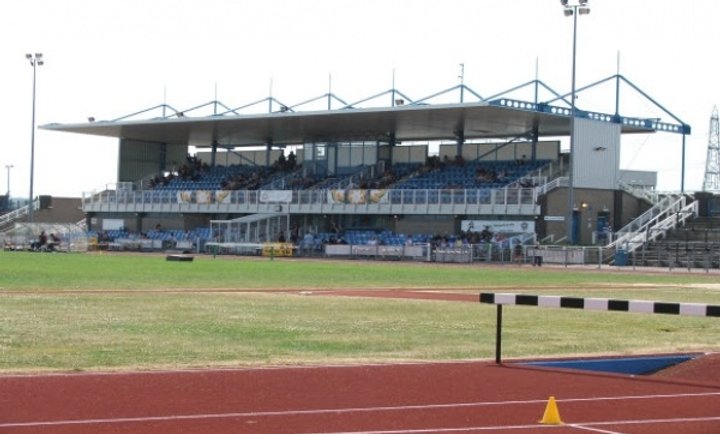 With their league future now resolved, Grantham Town joint managers Jimmy Albans and Wayne Hallcro have wasted no time at all in signing the majority of last seasons’ squad back to the Meres.

With a few new signings already agreed, Albans feels the squad is almost where he and Hallcro hope it to be.

“We had a very positive meeting on Monday night and offered everyone from last seasons’ squad terms for the new season.” Albans said. “More or less 100% signed an agreement to play for us next season. A couple wanted to think about their offers and talk to the Chairman and I expect to know about them in the next couple of days. Those players have had contact from other clubs and want to be sure they make the right decision.”

With four contract players in Phil Watt, Sam Purcicoe, Lee Potts and Paul Grimes all on deals that run into next season, the squad is shaping up. Only Rob Murray has chosen not to remain and Albans and Hallcro have already moved to agree terms with a new goalkeeper. Terms have also been agreed with a couple of other players.

“We told Rob we would be signing another goalkeeper.” Albans said. We have done that, agreeing terms with James Lindley who was at Hucknall last season. He brings a lot of experience and the respect of other managers in Division 1 South last season.”

Lindley, who has played in the Blue Square Premier as well as making over 100 appearances in the Blue Square North was selected as goalkeeper in last seasons’ Evo-Stik League Division 1 South team of the season. Lindley said that Albans was the persuading factor in him choosing Grantham.

“Three Premier Division sides were after me,” Lindley said, “but Jimmy sold the club to me and the future at Grantham looked the brightest. I hope to bring a calming influence at the back and carry on the traditions of the tightest defence in the division last season. It is a good honest club who do things in a professional way.”

Two additions up front give the Gingerbreads forward line an exciting look. Both players are young strikers who made an impression against Grantham. Connor Higginson has left Sheffield FC for the Gingerbreads with an impressive scoring record when he has faced Grantham for Glapwell or Sheffield. Albans and Hallcro unsuccessfully tried to sign Karl Demidh from Coalville last season and have moved quickly to get him to the Meres.

“They are both young, hungry players.” Albans said. “Just the sort of player we want to get here. We looked at Karl when he was at Bardon last season, but decided not to sign him at the time. He went to Coalville and showed he is good enough to step up with four goals in half a season and as we saw at the Meres, he gave defences problems.”

Higginson has been playing against Grantham and usually getting on the scoresheet since he was a 16 year old at Mansfield in the same youth side as Sam Purcicoe. Higginson had no hesitation in agreeing terms when Albans spoke to him.

“I feel I have developed as a player in the last couple of seasons.” Higginson said. “At Sheffield I was played in a different position, goals weren’t so easy to come by, but I still got 18. I want to play at a higher level and the set-up at Grantham and the way the managers do things always looked good. I had no hesitation in signing. I know no-one is guaranteed a start, but I think that I can get among the goals playing off someone like Ben Saunders.”

Albans and Hallcro are looking to add only one more new face to the squad and that may happen sooner rather than later as discussions have already taken place.

“One more is ideally all we are looking for.” Albans revealed. “Once we have that, we will be settled, which is a great position to be in. It shows how much everyone loves things at Grantham that nearly everybody was straight in and out on Monday night and agreed terms straight away. Everyone has earned the chance to show what they can do at a higher level. I am convinced they will all show that they are good enough and we will go into the Premier Division and kick on again.”

Pre-season friendlies are currently being arranged with Albans expecting to be able to announce details in the next couple of weeks.