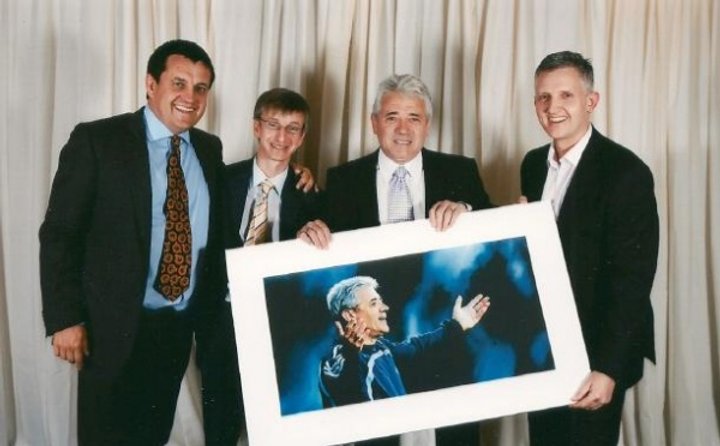 An Evening With Kevin Keegan

Durham City AFC pulled off a massive coup on Thursday when one of the most famous and charismatic figures in football gave up his time to attend a fundraising function at the Ramside Hall Hotel and Golf Club in front of 1100 guests.

Billed as ‘An Evening with Kevin Keegan’, football supporters from all over the north east snapped up the first 1000 tickets at a rate that the British Olympic Committee would be proud of. A reserve list was set up of approximately 400 hopefuls and the Ramside Hall Hotel managed to accommodate a further 100 of these on the night.

The event was supported by the Club’s main sponsors C.N.K. Civils Ltd, SG Petch and the Ramside Hall Hotel and Golf Club (who, thanks to John Adamson, Director of Ramside Estates, pulled out all the stops to ensure a most successful evening) as well as a host of other regular sponsors and supporters of the Club including two of the Directors of Halifax Town FC (David Bosomworth and Bobby Ham) with whom the Club has a good relationship and who made the journey specially. Local company, Rufus, provided most of the printing at the event free of charge.

Tickets were priced to sell at £25 each and included a 4 course silver service dinner. The MC for the evening was Willie Miller, a well known circuit comedian in the north of England whose wit and banter ensured plenty of laughs. In between courses, guests were treated to the vocal talents of swinging sensation Steve Walls who seemed to sing non-stop for 2 hours (and provided his services for free).

During that time Keegan met just about every single guest that was prepared to queue and signed autographs, posed for photos and talked for as long as was necessary. Given the chance he would have carried on all night. Prior to this he had attended a VIP reception where he spent an hour or so mixing with guests and seemingly posing non-stop for photographs. It was here that he and John Adamson were presented with Kevin Keegan paintings as a ‘thank you’ from Durham City AFC. These were provided by Rufus and were created by illustrator Alex Handy.

During his speech, Keegan stood up and told the story of how his roots lay in County Durham and how ancestors of his had worked in the coalfields. Coupled with his times at Newcastle United he had developed a great affinity with the area. He told of his youth and his search for a football club right through to his career both as a player and manager. He didn’t just stand up and speak. A tailormade presentation displayed on a number of screens around the Ballroom and which he constantly made reference to, took the audience on a journey through his life. His humour shone through as did his passion for the game and the region. A large number of the audience were Newcastle United fans and they enjoyed everything that made reference to their ‘close’ rivals i.e. Sunderland and Manchester United but this was all delivered in good faith. Unfortunately due to time constraints he was only able to take 3 questions from the floor.

A memorabilia auction then followed which included a lot of very generous bidding for some top drawer items.

Finally, well-know comedian Kevin Connelly took to the stage and delivered his famous catalogue of impressions which had the audience hanging on to his every word.

A good time seemed to be had by each and every one of the 1100 guests. The event proved to be exceptional value for money and to cap it all Kevin Keegan had driven from Manchester with his wife and was driving back the next day for no reward other than a game of golf and a good nights sleep. He was presented with an Honorary Life Membership to the Ramside Hall Hotel Golf Club by John Adamson and was made a Lifelong Member of Durham City AFC and presented with a ‘named’ Durham shirt by Chairman Austin Carney.

Keegan came across as a warm and sincere person and spending some time in his company one can see that he wears his heart on his sleeve and that he is totally genuine. He took an interest in anyone who took time to talk to him and it was plain to see that he was enjoying every minute. He stated that he had never before attended a function of this sort on this scale and it really is difficult to think of another figure who could command as much respect and fill a Ballroom of this size for a cause such as Durham City AFC.