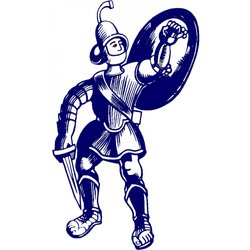 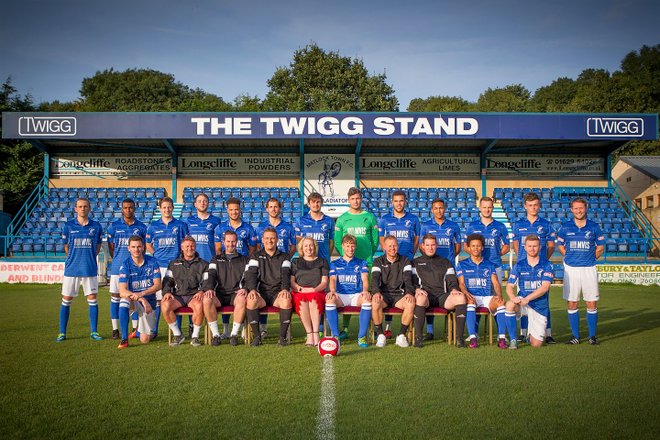 Matlock boss Dave Hoole expects his summer signings will help his squad carry on where they left off after he took over for the final nine games of the 2017-18 EVO-STIK League season.

Matlock Town's next generation of stars are heading to China to represent Great Britain and the EVO-STIK League at an international tournament!

Matlock boss Dave Hoole reckons he's all set for the 2018-19 Northern Premier League campaign after confirming his touchline team for the coming season.

Dave Hoole has been named as Matlock Town's new manager after overseeing their EVO-STIK League revival.

Matlock Town caretaker boss David Hoole has been hailing the club's best win of the season as the EVO-STIK League's Gladiators get ready to start interviewing for their vacant hot-seat.

Matlock Town are hoping a big crowd will turn out to see their temporary management team take charge of the EVO-STIK League's Gladiators for the first time on Wednesday night.

Success proved to be difficult for Matlock Town during the opening ninety or so years of their existence. It was during the 1970's when they suddenly sprang to prominence as one of the country's best Non-League sides. They won the FA Trophy at Wembley in 1974-75, beating Scarborough 4-0 by a now record equalling final scoreline and it is the only Wembley final when three players have represented the same side. Tom and Nick Fenoughty both scored, with other brother Mick playing an important role out on the left.

Former England centre half Peter Swan had been appointed as manager at the start of the 1974-75 campaign when they also reached the First Round Proper of the FA Cup, losing 4-1 at home to eventual Third Division Champions Blackburn Rovers. The season ended with a second Cup win, beating Glossop in the Derbyshire Senior Cup Final. Tom Fenoughty replaced Swan as manager at the start of the 1976-77 season which saw Matlock slug out a keenly contested NPL title battle with Boston United and Northwich Victoria, having to settle for third spot. But they had a fantastic FA Cup run, including a magnificent 5-2 win at eventual 3rd Division champions and close neighbours Mansfield Town, before bowing out at Carlisle. The season ended with silverware though as New Mills were beaten in the Derbyshire Senior Cup Final.

Town won the NPL Cup at Maine Road, Manchester at the end of the 1977-78 season with a 3-0 win over Boston United and also won the Derbyshire Senior Cup Final against Alfreton Town. The League Cup Final win enabled them to qualify for the Anglo Italian tournament during the 1978-79 campaign, Matlock losing 2-1 to both Chieti and Pisa in Italy but beating Juniorcasale and Cremonese 2-0 at Causeway Lane. They finished as English runners up to Sutton United.

Prior to the 1970's they had reached the FA Cup First Round in 1959-60 losing 1-0 to Crook Town in a home replay, but they won the Central Alliance League title. The title success was repeated during the following season before a hat-trick of title victories was completed as they won the Midland League at the first attempt in 1961-62. When they won the Midland League again in 1968-69 they accepted an invitation to join the NPL and have been members of the league since the 1969-70 season. Matlock's best NPL league campaign was in 1983-84, when they finished runners up to Barrow. Their last FA Cup 1st Round appearance was in 1989-90 when they were beaten by Scunthorpe United at Glanford Park.

The Gladiators, as they are known, lost their Premier Division status in 1995-96 after finishing bottom and it was not until 2003-2004 when they returned after finishing second to champions Hyde United. Their best league season since then was in 2006-07 when they finished in fifth spot to qualify for the play offs but were beaten after extra time at Witton Albion. That same season saw them lose the NPL Cup Final to Fleetwood Town 1-0 at Witton and also the Derbyshire Senior Cup Final to Ilkeston Town. Two years earlier though the NPL Cup was captured for a second time following a two legged extra time win against Whitby Town.

Matlock's recent league form has been inconsistent leading to a number of mid table or lower half finishes, but there have been Derbyshire Senior Cup wins against Belper 2-0 at Pride Park in 2010 and against Gresley by a convincing 7-0 margin at Chesterfield in 2015. Matlock's facilities have improved immeasurably in the last few years though with the new Twigg Stand and Social Club opening in 2011 and a newly formed academy is going from strength to strength as Matlock appear to be getting things right off the pitch.

Former players Glenn Kirkwood and Craig Hopkins were appointed as joint managers during the summer of 2016 and oversaw a fine and much improved season which saw them rise up to ninth spot and challenge for a play-off spot, their hopes being vanquished only in the final week of the campaign. The excitement came in the cup competitions with the Gladiators reaching the fourth qualifying round of the FA Cup and in the FA Trophy they beat Spennymoor Town and Grantham Town before facing higher league opposition in the following rounds.

FC Halifax Town, who would later earn promotion to the National League via the play-offs were beaten after a replay before a fine victory at Conference National Solihull Moors followed. In the 2nd Round Matlock were two goals ahead at another Conference National side Barrow only for the hosts to score three quick goals to ease through and dash Matlock's hopes. But a deserved trophy came their way as they were Derbyshire Senior Cup winners as Gresley were thrashed 5-0 at the Proact Stadium.