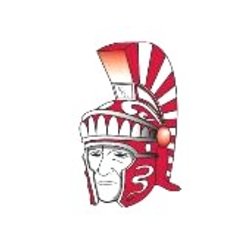 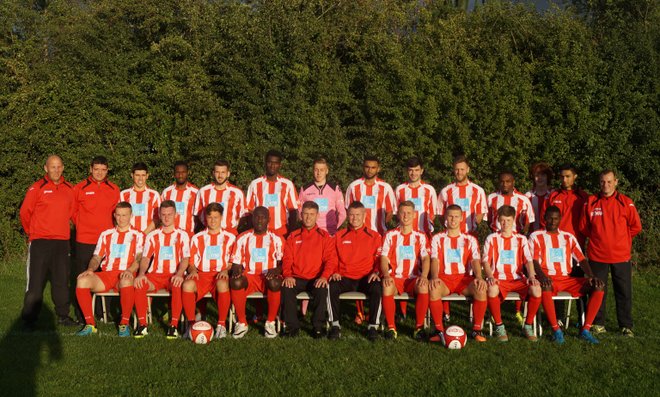 Relegated Romulus are planning to bounce back into the EVO-STIK League with their current management team.

Richard Evans is going it alone after former Tottenham winger Andy Turner stood down as his joint manager at EVO-STIK League Romulus.

The story of Romulus Football Club began in 1979, when Club Founder and President Roger Evans - aided by a small band of other parents - decided to form a club where the best young players from North Birmingham were able to play football, irrelevant of their ability to pay subs.

The club started with two age groups: the Under 12s, managed by George Griffin, and the Under 13s, managed by Roger. The teams played at their first home, Penns Lane, in Sutton Coldfield.

Success was instant and consistent. During their early years Romulus were regular winners of both the Lichfield League and the Birmingham Boys League, as well as the Staffordshire FA Youth Cup.

While the youth sides continued to flourish, the Romulus story then took an exciting new turn by entering senior football in the Sutton and District Sunday League. Initially placed in Division Two, Roms won three successive championships, and this heralded a move to the stronger Birmingham Sunday Festival League. This time Roms started off in Division Four, and another four consecutive promotions followed, taking the club directly to the Premier Division.

At the tender age of 28, current boss Richard Evans took the Player/Manager's role having played in every season since Romulus began, doing that alongside a successful Saturday career in the now Conference South with Moor Green (Now Solihull Moors FC) and Stourbridge FC. For the next two years Romulus continued to succeed at the top of local Sunday football, before the decision was taken to progress into the Saturday game.

Twenty years after they were formed, the club joined the English Football Association's Saturday Pyramid system. And what a success this proved to be! Promotions followed as Roms climbed their way up through the pyramid, and the club has been at Northern Premier level for nine years to date - no other Sunday team has ever emulated this feat and it’s unlikely any other club ever will.

The season 2003-4 was a record breaking season for the club, and an enthralling battle for the league title with Leamington FC ended with The Roms gaining promotion to The Midland Football Alliance as champions. This was just one triumph that season, with the Roms completing a unique treble: they also lifted the Birmingham Midweek Floodlit Challenge Cup with a 2-1 triumph over Nuneaton Griff, and they won the Midland Combination Endsleigh Challenge Cup, beating Coventry Marconi 2-0.

Champagne corks were popping once again in 2005-6, winning promotion to the Southern Football League, secured as runners-up behind runaway champions Leamington. This success was compounded by an impressive FA Cup run to the 2nd Qualifying Round, coming within seconds of beating Worcester City of the Conference North at St Georges Lane - but a late equaliser and subsequent defeat in the replay ended the Roms dream.

But it put the club on the map though, and sent the club on its way to the next level with plenty of belief and impetus.

Romulus joined the Southern League Midlands Division for the 2007-8 season and finished the first season at this level in 10th place. It was a learning curve and hopes were high for the following season. Another successful season followed in 2008-9, both in the league and cup competitions, with Roms again reaching the Second Qualifying Round of the FA Cup, as well as a best ever run in the FA Trophy.

The Roms had another groundbreaking season the following year, securing an excellent eighth position in the league, and reaching two County cup semi-finals. Beating Burton Albion 2-1 in the Birmingham Senior quarter final was a notable achievement.

In the summer of 2010, with Richard Evans still in charge of team affairs, Romulus were moved sideways in the FA pyramid, to the Evo Stik Northern Premier League. The team finished the season in 10th place on 67 points, our highest ever points tally in a Step 4 league to date.

The following two seasons proved a challenge, and in the summer of 2012 Andy Wilson took over as chairman from Richard Evans, who had been combining that role with his duties as manager. But a year later there was more change, an in October 2013 - 10 games into the season, with the team riding high at the top of the NPL League - Evans stood down as manager after 15 years and over 900 games at the helm. He wanted to concentrate on the off field duty’s required to take the club forward, and took over again as chairman. Evans successor as first team manager was Dave Barnett, and the team finished a creditable 11th in The NPL league on 55 points that season.

In 2014 Roms set up a Football Academy for 16-18 year olds, which also allows the players to study full time in B Tec Sports Studies. The Club saw this as a massive step to producing more players capable of moving into the full time game via the Roms first team - with Yohan Rutty Smith achieving it in March 2015 when he signed for Notts County. Nearly 50 youngsters have enrolled for the 2016/17 Academy - a fantastic achievement. And Roms have now launched a Futsal Academy, offering more youngsters an opportunity to gain a professional qualification and give them an opportunity to improve their football skills.

Future plans for the club include developing the newly acquired Lindridge Road site, and continuing the tradition of producing top class young people and players - a reputation that is spreading nationwide. And in the summer of 2015 former Tottenham winger Andy Turner was appointed Academy Director - an exciting move that followed his appointment earlier in the year as joint first team manager with Richard Evans, after Dave Barnett moved on after giving sterling service to the club.

Roms finished a respectable 12th at the end of the 2014/15 and 10th in the 2015/16 season,and go into this season with high hopes as the club continues to grow on and off the pitch.