Buxton boss not feeling the pressure ahead of Scarborough trip 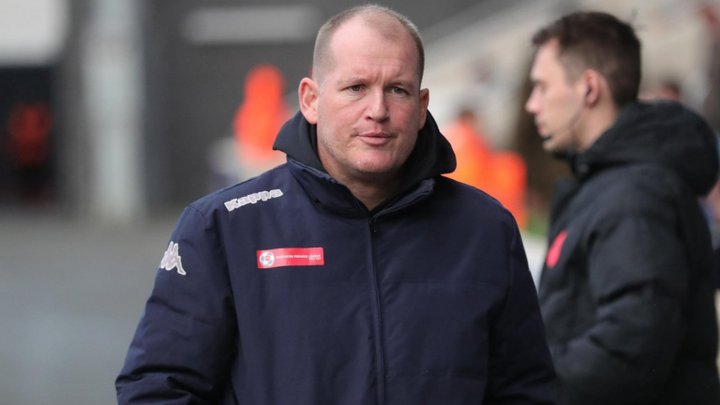 Buxton FC boss Steve Cunningham insists there is no panic at the club as they look to address their recent poor run of form.

The Bucks lost all three of their matches over the festive period, including a shock 3-2 home defeat to Stafford Rangers, where they let slip a 2-1 lead inside the final five minutes.

Prior to that game, defeats to FC United of Manchester and Matlock Town had seen the club lose their grip on top spot in the division.

They now lie second in the Pitching In Northern Premier League Premier Division, one point behind leaders Matlock Town, as they prepare to visit play-off hopefuls Scarborough Athletic this evening.

Buxton’s trip to north Yorkshire is one of six matches being played in the Premier Division tonight.

Speaking ahead of the game, Cunningham told the Buxton Advertiser: “This is what I signed up for. There is no panic or arrogance that we have a right to win games.

“My job now as the manager is to make changes and we have to keep our feet on the ground and work hard to put things right.

“I'm not feeling the pressure. It's what I am made for and why they gave me the job.

“I don't wilt under this sort of pressure and this is where I come into my own. I know what we need to do to fix it and we have 19 games left to get it right.

“If I lose the next five or six I will probably sack myself. The support from the chairman, the club and 99 per cent of the supporters has been fantastic.

“I embrace the challenge and nothing has changed since I first got the job.”

Elsewhere this evening, table-topping Matlock will be keen to strengthen their grip at the league summit when they travel to face Hyde United.

It will be the first time the Gladiators have taken to the field in 2022 after their New Year’s Day trip to Gainsborough Trinity and last weekend’s home tie against Ashton United were both postponed.

Fourth-placed Bamber Bridge are also in action away at the Neuven Stadium, home of mid-table Radcliffe.

The Brig have suffered a recent dip in results, losing three of their last four, including a 4-1 thrashing away at fellow high-flyers Warrington Town.

In the night’s other games, Atherton Collieries could climb as high as ninth in the table with victory at Stalybridge Celtic.