Eli Hey wants to recreate form on return to Pontefract 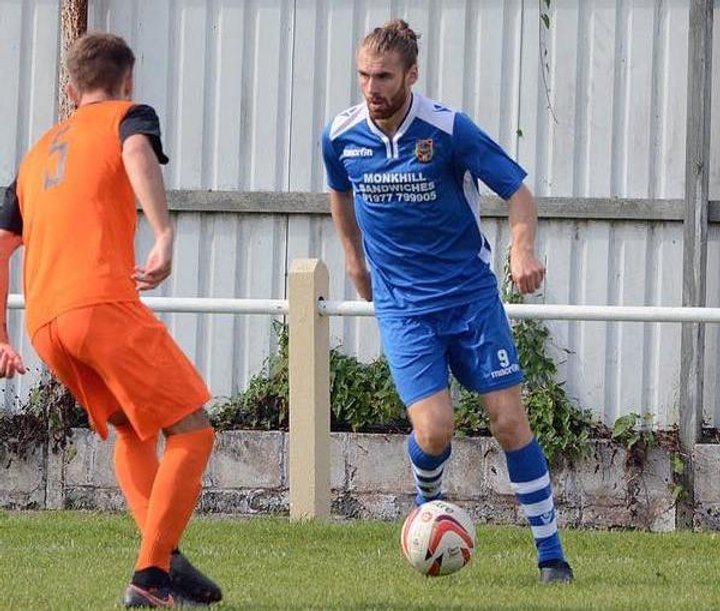 Eli Hey says he wants to recreate his form that saw him win promotion with Pontefract Collieries to the Northern Premier League as the striker returns to the club for the 2021/22 season.

Hey was a part of the Pontefract side that won promotion from the NCEL Premier Division in 2018, before a serious injury towards the end of his first season in the Northern Premier League saw him move to Eccleshill United and then Brighouse Town in the summer of 2020.

Now, Hey reunites with manager Craig Rouse and is looking to get back to his best.

He said: “The goals for next season are to get the club back where it should be, challenging at the top of the league and get myself back to the form I was in the last time I was at Ponte.

“I’m really excited. As soon as I spoke with Rousey it was the easiest decision I’ve had to make, the chance to get back to the form I was in before I got injured and the management and players that have returned to the club made it a straight forward choice.

“I believe I’m now back fully fit and better physically than I was before the injury. The fact that the club have seen me at my best and with the new management team, they know how I play and how to get the best out of me.

“I’m feeling confident I’ll be back to my best and can hit the ground running once we get back to it.”

Pontefract played eight fixtures in the curtailed 2020/21 season, sitting 18th in the table, but sat in the play-offs in fourth in 2019/20 before the pandemic struck.

“With the lads we’ve got and the management team, they won’t let us drop our standards so we’ll start the season confident that it can be a successful season.”