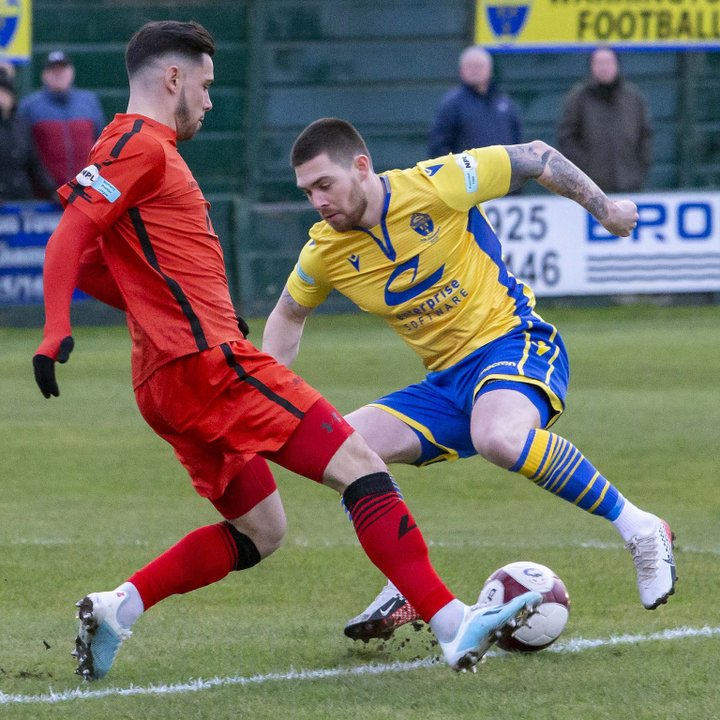 The league will be united in hoping Storm Dennis stays away this weekend, with a full round of action in the BetVictor Northern Premier Division.

Second-place Basford United travel to the Weaver Stadium to take on Nantwich Town in a play-off clash in the top division.

Basford came away with a point in their fixture with play-off rivals FC United of Manchester, and are just one point behind the top spot, however manager Steve Chettle admits there’s still plenty to do.

“There’s still a lot of football to be played,” Chettle said.

“I’m sure there’s going to be some twists and turns towards the end of the season. We’re tucked very nicely behind South Shields, but there’s some good teams underneath us.

“There’s Lancaster, who have had a couple of games on us, there’s Nantwich where we go on the weekend. It's going to be tough but we’re prepared for the fight.”

South Shields will look to bounce back from their defeat as they travel to Grantham Town, who sit second from bottom and have lost their last five league fixtures.

In-form FC United of Manchester are unbeaten in their last 13 league fixtures, and they host Atherton Collieries, who recently suffered a 5-1 defeat to Morpeth Town.

In third place, Lancaster City are just two points behind the top spot, and they host Mickleover Sports.

Gainsborough continue their fine form of 13 points out of a possible 15 in their last five league fixtures, and Curtis Woodhouse’s side host Stalybridge Celtic.

At the foot of the table, Stafford Rangers travel to Whitby Town, and Matlock Town host Witton Albion.

Radcliffe announced the departure of Garry Vaughan earlier this week, and they will look to change their form as they host Buxton.