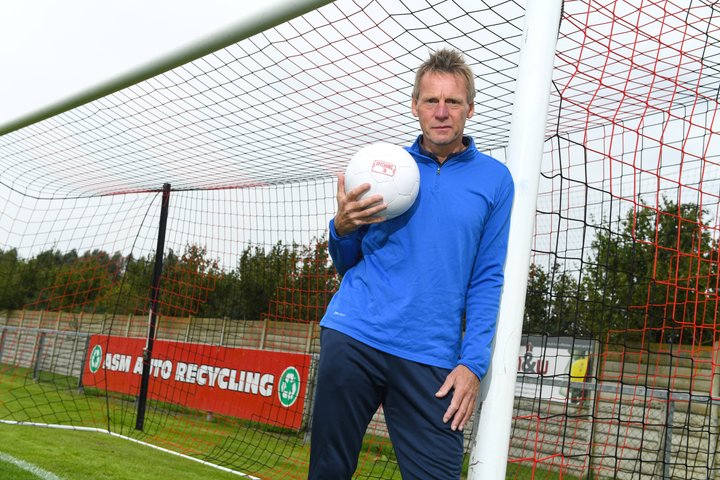 Stuart Pearce is backing Marine’s players to showcase the depth of talent in non-league football in their fairytale FA Cup third round clash with Tottenham Hotspur.

The eighth-tier Pitching In Northern Premier League Division One North West outfit welcome Jose Mourinho’s Premier League high-flyers to Rossett Park on Sunday looking to cause what would arguably be the biggest upset in the history of the prestigious competition.

Pearce, who began his career with Wealdstone, has experienced both sides of the FA Cup giant-killing coin and knows exactly how the Marine players will be feeling ahead of their day in the spotlight.

“It will be a heady mix of nerves and excitement,” said the former England captain, an ambassador for Entain’s, owner of Ladbrokes and Coral, multi-million pound, multi-year grassroots sport investment programme Pitching In.

“They will want to do themselves justice and give their best as these are key games in players’ careers.

“Marine’s players have the opportunity, on live BBC television and in front of one of the best managers in the world, to show their talent.

“Their run has been nothing but astounding - you just never know who might catch the eye on the day and progress their career up the food chain.

The West Ham assistant manager is also plotting a route past non-league opposition as the Hammers travel to National League side Stockport County.

And the competition retains every ounce of its magic for the 58-year-old, who played in every round during his glittering career and opened the scoring in the 1991 final when his Nottingham Forest side were beaten by Tottenham.

“I’ve had so many great days in the FA Cup,” added Pearce, who has hailed Entain’s flagship partnership with Trident League clubs for promoting grassroots sport and combining vital financial assistance with an emphasis on community and volunteers.

“I’ve probably got a better memory of all my cup games than any league games.

“I probably had as much excitement being drawn against a league club as playing in FA Cup finals.

“We have seen giant-killings all the time in FA Cup football and this year will be no different.

“You know they will raise their game and for any Premier League club, going to a non-league club will be so difficult.”

The game now being played behind closed doors will deny Marine the backing of a vocal home support.

The club have launched a raffle in a bid to recoup a portion of their lost gate income, while Jamie Carragher has agreed to sponsor the dugouts and pre-match warm-up tops through his charity, the JC23 Foundation.

“The FA Cup is a financial lifeline,” said Pearce, who is also supporting the Trident Community Foundation – a recently-launched initiative which gives Trident League clubs the chance to apply for grants of up to £5,000 to launch community-focused projects.

“Getting involved in the latter stages for non-league teams can keep clubs going for months, if not years, if things go well.

“That revenue is massive for these clubs – especially in times like these – and I wish Marine the best of luck.”

Entain, owner of Ladbrokes and Coral, has launched a multi-million pound investment programme, Pitching In, designed to support and promote grassroots sports. The programme includes a flagship partnership with The Isthmian, Northern Premier and Southern Leagues - collectively known as The Trident League, as well as a partnership with the UK sports charity SportsAid. For more details see: https://entaingroup.com/sustainability/pitching-in/

 Marine's magical FA Cup journey comes to an end Marine's fairytale Emirates FA Cup run came to an end as they fell to a 5-0 defeat to Premier League's Tottenham Hotspur in the third round.

Marine following in Chasetown's footsteps  The build-up to the eagerly-anticipated FA Cup tie between Marine and Premier League giants Tottenham Hotspur has rekindled special memories in a small corner of Staffordshire.