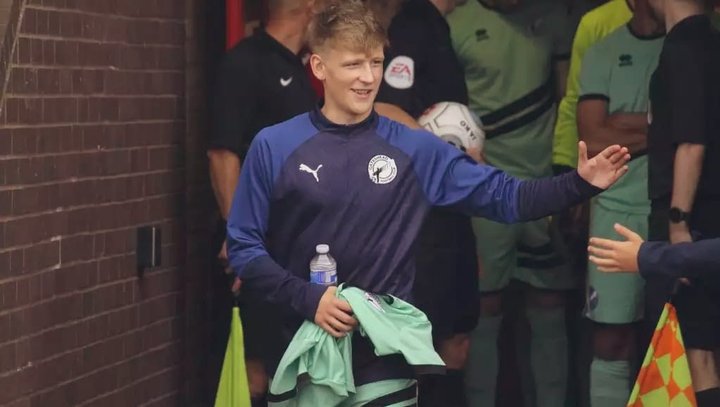 Matlock Town boss Paul Phillips was delighted with the news that Danny Greenfield secured a trial with Sunderland in their U23 draw with Wolves this week.

Greenfield, 20, had a spell on loan with the Gladiators from Gateshead in September and Phillips was keen to make the move permanent but the Tynesiders wanted him back and he has been a regular fixture in their side since.

Matlock fans will recall a magnificent individual goal against Stafford Rangers in a 2-0 home win when he burst through the heart of the Rangers defence leaving defenders trailing in his wake before smashing an unstoppable shot into the net.

Greenfield joined Barnsley as a 12 year old in 2013 before being released six years later.

The Matlock boss feels proud that the Gladiators have played a leading part in his recent development.
Phillips said: “It’s great for the lad, we all know how gifted he is.

“I don’t know how it went but everyone here wishes him well. We’d have loved to have made his move here a permanent one and it’s plain to see why we wanted to do that and how well he’s done since.

“It goes to show what can happen for young players who have come out of the full time game, there’s a way back for them and we’ll have played a key role in that.

“Players can come here and if they work hard there’s another opportunity for them. I think that also reflects well on as a club.”

NPL sets up Andy's Man Club fixture for managers  Northern Premier League managers will have a fixture of some sorts this Saturday - in the shape of an Andy’s Man Club session organised in partnership with the league.