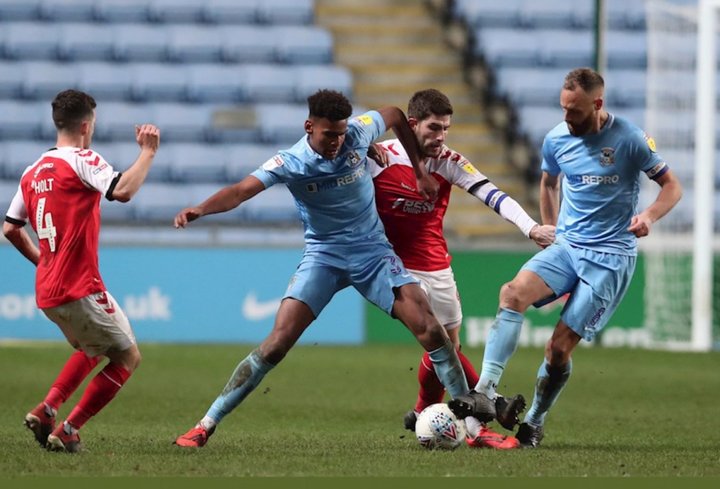 Williams, 19, was part of the NPL Football Academy with Sports before signing for the Sky Blues in July 2018.

He made his senior debut back in September in the EFL Trophy in a 3-0 defeat against Arsenal U21.

His league bow came in a 2-1 win over Fleetwood Town, where he started at centre-half and put in a fine performance against experienced goalscorers Ched Evans and Paddy Madden.

Manager Mark Robins told the club's official website: "Morgan should be proud of his performance. His performance was combative and typical of what he produces.

"He found it tough physically and tried towards the end but he will be training and I imagine the exuberance of youth will be back.

"He's got a long way to go, and he knows that because he's a level-headed young man, but he's come in and performed to a really good level against two very experienced players in this division."

Some fans called Williams their man of the match on social media.

Newcastle to pay tribute to club stalwart  Newcastle Town will use Saturday’s EVO-STIK League West Division game at home to Widnes to pay tribute to their stalwart Colin Spencer who sadly passed away a fortnight ago after 44 years of service to the club.