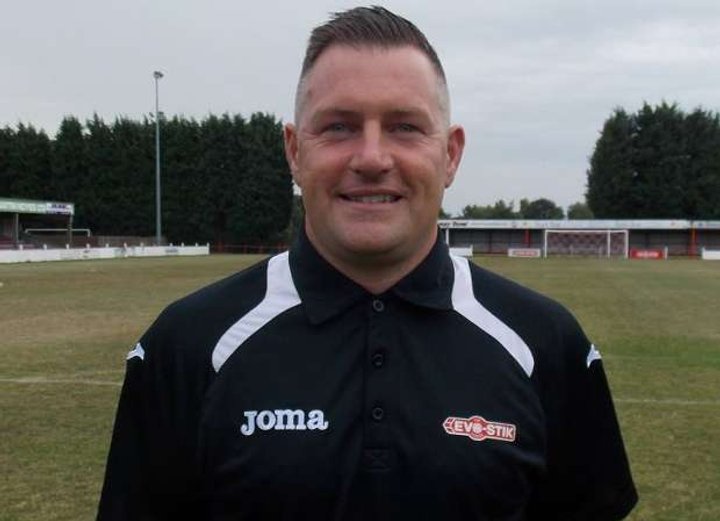 Dave Frecklington will leave his position as Matlock Town manager after the final game of the season on Saturday.

Frecklington took charge in September with the Gladiators near the foot of the table, and led them up to the play-off places by the end of the year.

But with just two league wins in 2019, and a 6-0 hammering at the hands of local rivals Buxton over Easter, Frecklington will be in charge for the final time at Stafford Rangers on Saturday.

He said: “We fulfilled what was asked of us by keeping the football club in this division but 2019 has been difficult with the injury list, our lack of form and the matter of the three hours round trip from Lincoln three times a week.

“I had a chat with the Chairman and we both agreed that it’s in the interests of all parties if we go our separate ways. Matlock Town’s a great football club and we leave on amicable terms with no animosity whatsoever.

“The job involves a lot of hard work and people don’t see and appreciate what goes on behind the scenes.

“We achieved safety with four games left to play and also having to lose six points and a plus four goal difference to boot giving teams around us an advantage but a magnificent 3-1 away win at Marine achieved safety.”

Chairman Tom Wright added: “Dave came in and did a brilliant job when we went on that great run up to Christmas.

“Unfortunately the results tailed off since the turn of the year and it’s been a difficult and frustrating time not only for Dave, Terry and Chris, but for the football club in general.

“I think it’s the best for all concerned and everyone at the club thanks Dave, Chris and Terry for their hard work and dedication in their time here. We wish them all the best in their future managerial careers.”

 Premier Preview: Farsley need a point for the title Farsley Celtic will be crowned champions of the EVO-STIK League Premier Division and will be promoted to the National League North if they avoid defeat at home to Marine FC this weekend.