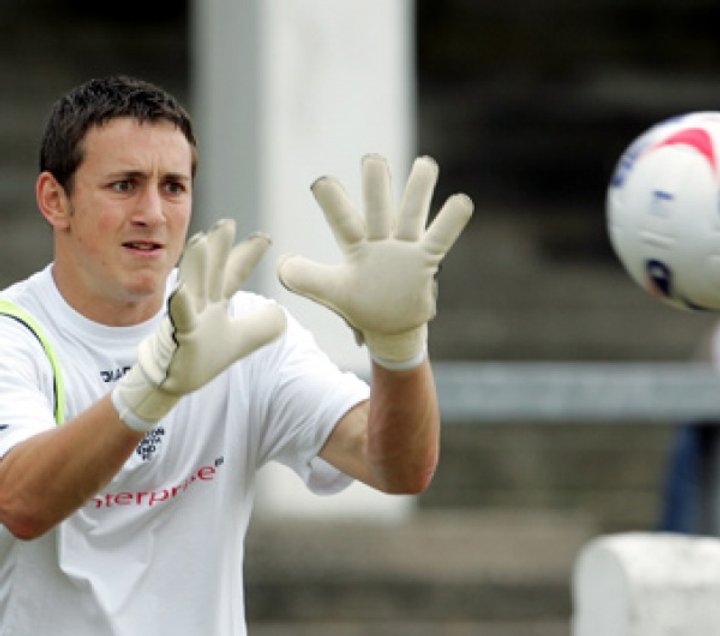 AFC Fylde have signed highly rated goalkeeper Ben Hinchcliffe from Northwich Victoria beating off interest from a number of clubs higher up the pyramid to clinch his signature.

The much sought after 23 year old stopper agreeing a contract with the Coasters this week. Hinchcliffe kept 16 clean sheets in 42 games for Vics last season as they pushed for promotion to Conference North and established himself as No 1.

Hinchcliffe started out on the books at Preston North End before a spells at Tranmere Rovers, Derby County and Oxford United and Worcester City before joining Bamber Bridge where his displays attracted attention of a number of clubs last summer. The keeper is Dave Challinor’s first close season signing and he is looking forward to joining the squad, who are hungry for more success next season in the Evo Stik NPL Premier Division.

AFC Fylde Boss Dave Challinor is delighted bring in Hinchcliffe and revealed what his qualities are. “I am delighted to have secured the services of Ben Hinchliffe from Northwich. This is the first move in strenghtening our squad for the coming season and despite him getting bigger offers from clubs higher in the pyramid he has seen what we are trying to achieve as a club and is keen to join us. This move fit’s in with our philosophy of getting players from higher divisions that can take us forward and be an integral part of our journey.

"Ben is a fantastic goalkeeper who has the ability to play a lot higher. He was linked with the club before we arrived and we are delighted to finally get him. He is a big presence, an organiser, his distribution is second to none and he'll be a great asset to us moving forward. The opportunity to get him on board was too good to pass up on.”