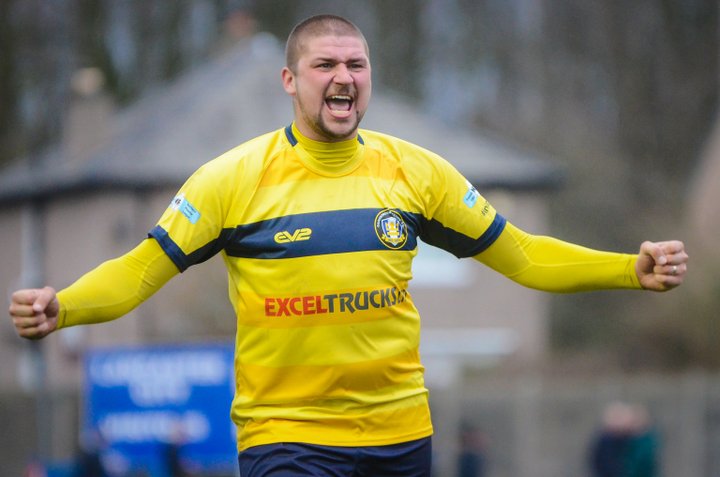 Striker Gregg Smith has become the quickest player to score 10 goals for the Holy Blues in 32 years.

The impressive forward has now scored 10 goals, bagging a brace in the 4-1 victory over Radcliffe in the league, and is the quickest player to do so for the club in 32 years.

“The fans are great and the lads are class. I have really enjoyed it under the management team, they have been brilliant since I’ve come to the football club.

“I’m pleased to make a bit of history and hopefully I can make some more.

“My goal is to score as many as I can and finish as high in the table as we can.”

Gainsborough currently sit 12th in the league table, and recently defeated promotion-chasers Lancaster City 1-0, with a goal from Nicky Walker inside the first 10 minutes.

Photo by John Rudkin. Check out his full collection by clicking here.