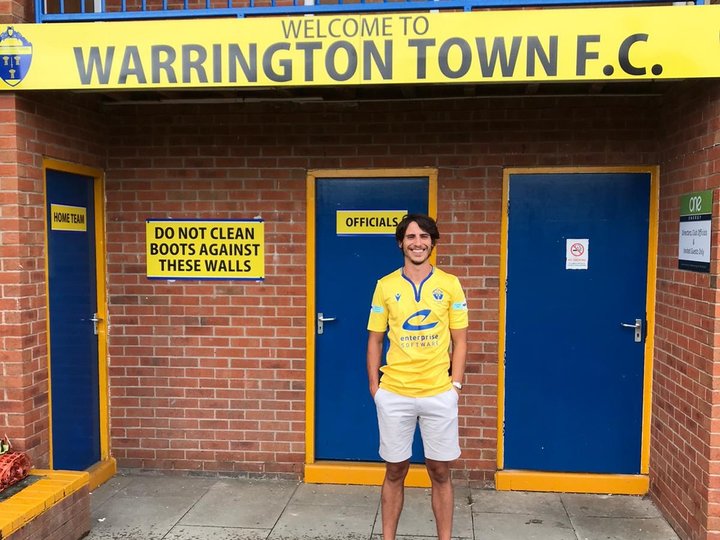 Grogan, 22, was part of the Radcliffe side that earned promotion to the Premier Division in 2018/19 via the play-offs, making more than 120 appearances.

He started his career as a professional with Shrewsbury Town, where he had a loan spell with Skelmersdale.

Manager Paul Carden said: "We were first made aware of Callum when he was at Shrewsbury and looking for game time, but at the time, we didn’t need anyone in the positions he can play. He’s a name I’ve remembered and he’s done well at Radcliffe for the past few seasons and last season had an offer from a National League side.

“The pandemic has thrown everyone up in the air and he made us aware that he fancied coming and so we spoke to Radcliffe to see what the situation was and if he was available, so once I had cleared that up with Fowls (Radcliffe manager Lee Fowler), I spoke to Callum and it materialised from there.

“He’s comfortable on the ball, quite athletic, strong in the air and he’s vocal, which is a good thing for a young player. We know he’s versatile but his primary position is centre back and that’s where we see him.

“I’ve made no secret that I want players to use me and the club to push on and get to the level where they should be playing at. Just because they should be or they have the ability to play at a higher level, doesn’t mean they’ve got a God given right to play there, they have to show it.

“He knows I’ll be pushing him, I won’t be dragging him it’s a two-way thing, but he’s a good lad, with a good attitude and I see no reason with a bit of luck why he can’t climb the leagues, whether it’s with us or he goes before we do, he’s got a chance.”