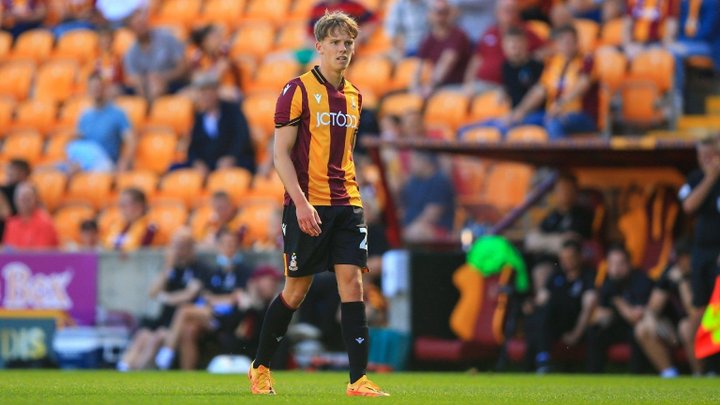 Guiseley have announced the capture of young attacking midfielder Charlie Wood on loan from Bradford City.

The hugely-talented Bantams academy graduate will initially arrive at Nethermoor on loan until January 3.

The 19 year-old has figured in City’s pre-season games after signing a new deal at Valley Parade in June.

Wood made his professional debut in a Papa John’s Trophy game against Oldham Athletic in November 2020, before spending time on loan at non-league Ossett United last season.

He was instrumental as Martin Drury’s under-19s secured their first EFL Youth Alliance title in close to 10 years last season, scoring the second goal in a 2-0 victory at Grimsby Town which sealed the crown.

Wood was Academy Player of the Year in 2019-20 and captained the Under-18 side managed by former Guiseley player Mark Trueman.