Hat-trick of contract announcements for Matlock 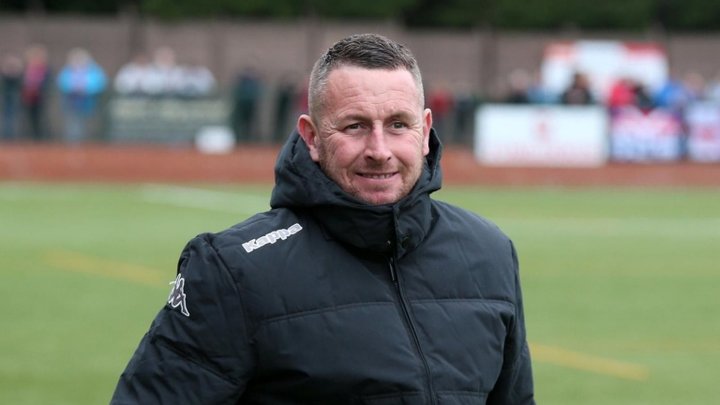 Phillips and Wild's new contract will last until the summer of 2024, whereas Qualter has signed a deal to stay at Matlock until the end of next season.

Both coaches have been at Matlock Town for two years, after taking over a relegation battling side towards the end of the 2019/20 campaign.

Matlock Chairman Bryn Apperley is pleased to retain the trio, stating: "We’re absolutely delighted to announce this news and I’m sure all of our supporters will be equally happy.

"Paul and Dave have done a fabulous job, and to have the outstanding Ryan Qualter here on an extended contract is also absolutely brilliant news.

"It emphasises the togetherness we have and also how hard everyone here is working to bring success to the club and for the town .”

Paul Phillips echoed Apperley's thoughts, but says that there is still a long way to go: “Firstly I’d like to thank the club for the faith they’ve shown in Dave and myself, it keeps things going, continuity is an important thing.

"I feel we’ve done an okay job up to now but there’s still lots of things we can improve on.

The right pieces are in there now, but I still feel we can get better, we’ve made big strides over the past twelve months."

Thirty-year-old Ryan Qualter, who began his career at York City before moving to clubs such as Bradford A.F.C., Ossett Town, Shaw Lane, Boston United and Alfreton Town, joined the Gladiators in 2020.

On his one-year extension, Qualter stated: “We spoke two weeks ago, I’m delighted it’s sorted. There’s a fantastic atmosphere here, I’m honoured to be playing for a family club that’s clearly moving in the right direction and that comes from the Chairman and the manager.

"I’m delighted to be here for the next eighteen months.

"It’s a great club, the fans are tremendous. I’d already had a few enquiries from clubs as to what I was doing next season but I never thought it was worth mentioning anything to anybody, in fact I’d love to be here until I eventually stop playing.”

The Derbyshire side currently sit at the top of the Northern Premier League Premier table and will do battle against second placed South Shields this weekend.