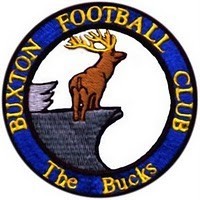 The High Peak Cup football competition is back for a third year this summer with Buxton, New Mills, Glossop North End and Chapel Town set to do battle.

The tournament has grown in popularity since it started in 2009 with attendances up in 2010. This year the draw has pitted big rivals Glossop North End and New Mills together in the semi-finals. Chapel Town have a mouth-watering tie at home to Buxton of the Evo-Stik Premier League.

Surrey Street is the venue for the big High Peak derby between Glossop and New Mills on Tuesday July 26th at 7.45pm. Two days later Chapel host Buxton in a game that gives historians something to look back for. It’s a long time since the two teams met at Rowton Park. The game will kick off at 7pm on Thursday 28th July.

The final of the competition is on Wednesday 3rd August with a 7.45pm kick off at a venue to be determined by the semi-final results. If Buxton are on the final it’s agreed the game will be at The Silverlands. If they’re not, the game will be played at the winner from the other tie.

The competition may give John Reed a chance to look at the new players in the Buxton under 19’s team which is forming this season. Buxton have won both High Peak Cup’s held so far.

New Mills are sure to have a number of new faces on show given their promotion to the Evo-Stik First Division South while it’ll be the first High Peak Cup for New Glossop manager Paul Colgan, who’s likely to ring the changes at Surrey Street. North End made it to the final last year beating Chapel en-route to a 5-0 thrashing at the hands of Buxton.

Chapel Town will be once again dubbed the underdogs but have performed amicably in both tournaments so far. They beat New Mills 2-0 in last year’s third-place play-off.

The competition is organised and sponsored by High Peak Radio. Football Fantime presenter on the station Ben Price can’t wait, “the High Peak is always well supported and gives locals a sense of pride. Will their town beat their neighbouring one? We’re looking forward to getting them through the turnstiles this summer.”

The games are played in a friendly format allowing teams to make seven substitutions in the 90 minute games that go straight to penalty kicks if the game ends in a draw. There will be no 3rd place play-off this year.

Admission has been frozen at just £5 for adults. On entry to the first game fans will be given a voucher allowing them half-price entry to the second semi-final two days later.

The MS Society is once again the official charity of the competition. There’ll be opportunities to donate throughout the tournament.