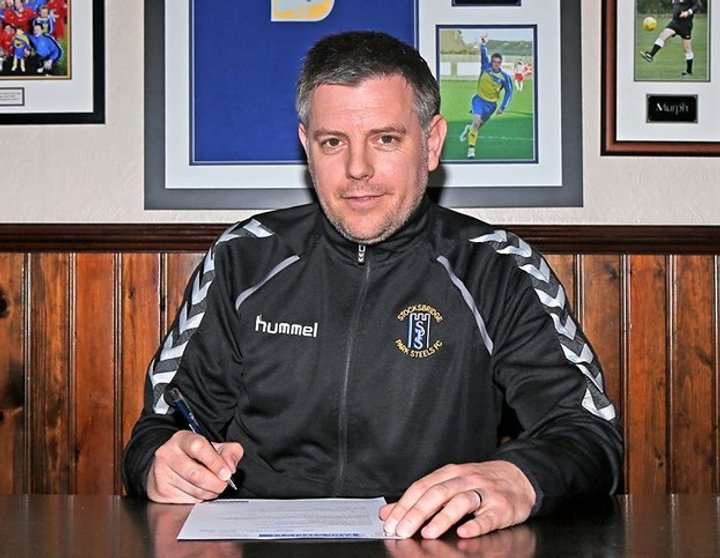 Chris Hilton and his touchline team will be guiding Stocksbridge Park Steels again next season after being rewarded with new deals for reaching the EVO-STIK Northern Premier League's promotion play-offs.

The Steels boss and his coaching staff of Ryan Laight, Lee Thompson, Nigel Hanks and physio Shaun Handisides are staying on for another shot at promotion after the club's fourth placed finish to the 2016-17 EVO-STIK NPL First Division South campaign.

Pictured signing a new contract at the Look Local Stadium on Tuesday, Hilton is now looking forward to being at the helm for his third full season and hoping for third time lucky having seen his side's performances improve in each campaign since he took charge.

After finishing just outside the play-offs last term in sixth spot, the South Yorkshire club reached the semi-finals this time around with Hilton masterminding a run of eight straight wins before losing out to Spalding United in the semi-finals. 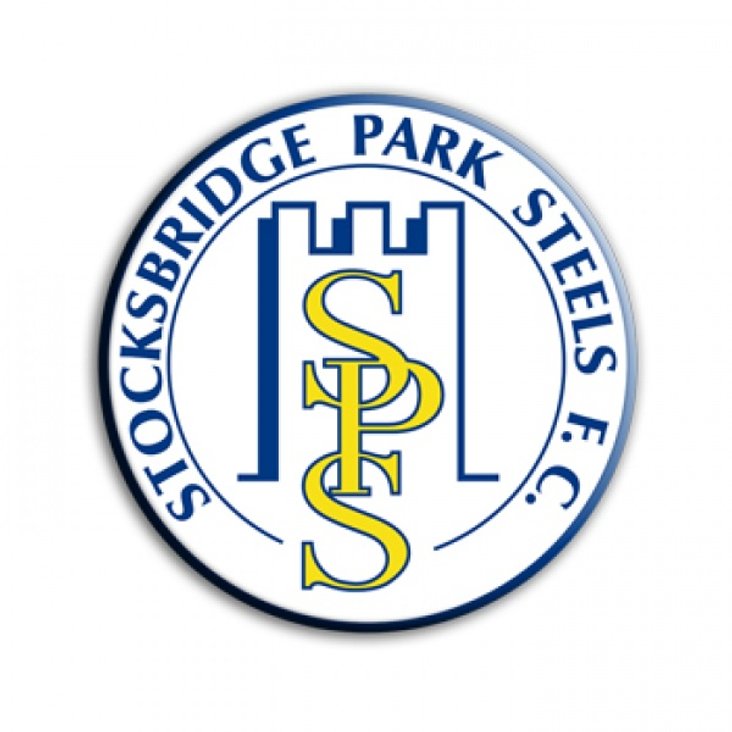 Hilton and his players and staff have already been hailed by the Steels for their performances over the last campaign. After their end-of-season awards, a spokesman said: "Congratulations to Chris Hilton, Ryan Laight, Lee Thompson, Shaun Handisides, Nigel Hanks and all the players for what has been an exceptional season."

 Chairman hail his new dream team After playing an instrumental role in the rise of England keeper Joe Hart and a number of other stars while at Shrewsbury Town, new Nantwich Town manager David Cooke is being tipped to take the EVO-STIK Northern Premier League by storm.

New investors and boss at Blues  Spencer Fearn has been unveiled as the new manager of EVO-STIK Northern Premier League Frickley Athletic.