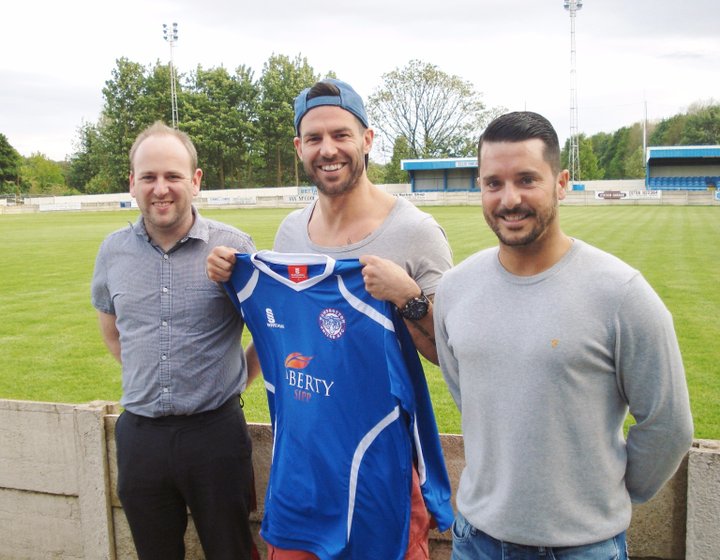 Fildes and Fell signalled their intentions to restore the fortunes of the Rams in EVO-STIK NPL First Division North next season with the signing of the experienced striker who helped Salford City to successive promotions.

The 36-year-old, pictured at the Harry Williams Riverside Stadium on Friday flanked by Fell and Fildes, right, kicked off his career at Bury and turned out for Rushden & Diamonds in the Football League before injury blighted his stay at Nene Park. The frontman went on to play for Padiham, Hyde United, Kettering, Fleetwood Town, Chester and Halifax.

Before leaving the Shay for the Ammies and winning promotion to National League North, the England C international registered the fastest-ever hat-trick in an FA competition, scoring three FA Trophy goals against Altrincham in a quick-fire 2 minute and 37 second spell. 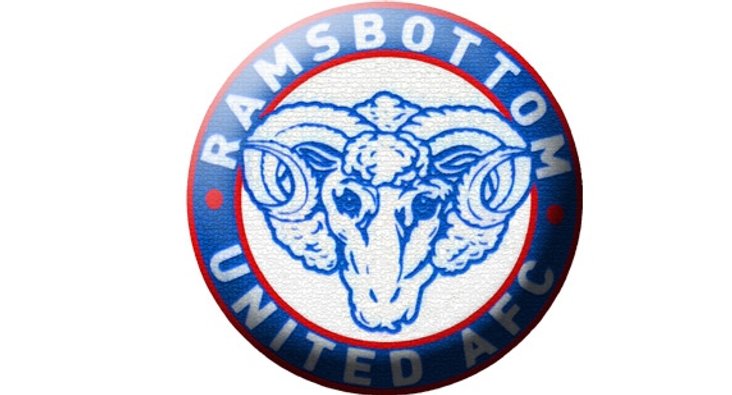 The Rams duo hope Seddon will be the first in a series of signings as they look to put together a settled squad to quickly bounce back from relegation next term.

Fell said: "We're delighted to welcome Gareth to Ramsbottom as our first signing. Not only are we getting a top quality centre forward but an excellent man who will help develop younger players and support us in achieving our goals for the season.

"We want to base a side around strong local players and with Gareth living just a few hundred yards from the HWRS it's a perfect match. Signing Gareth is a signal of the sort of pedigree we are looking for when building our new side."

Seddon said: "I always thought I’d play for Ramsbottom United at some point with living locally and having business interests in the town. It’ll mean I can now jog to matches instead of driving!”