In Depth With: Callum Harris 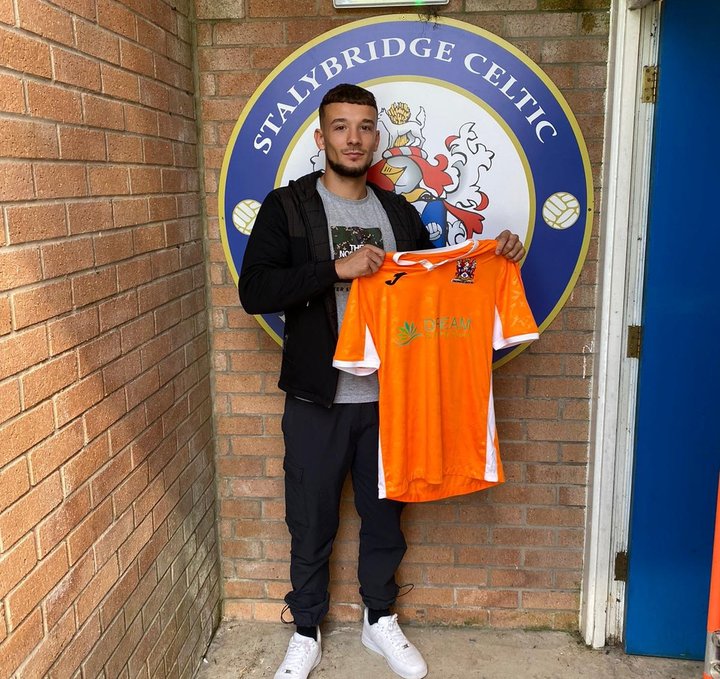 In this latest feature, the Northern Premier League sits down with some of the new faces that will feature in the league in the 2020/21 season. This week, we spoke with Stalybridge Celtic signing, Callum Harris.

The 24-year-old has joined Celts for the Pitching In 2021/21 Northern Premier League Premier Division season, having started his career in Manchester City’s academy until the age of 16.

After his time at City, Harris moved on to Blackburn Rovers under-18s before signing with Wolverhampton Wanderers under-23s, while also enjoying a stint at Nike academy.

He has recently played abroad in both Spain and Belgium in recent times, and speaks about his football journey so far.

“My time at Manchester City was one I really enjoyed and it instilled a lot of elements in my game that are still with me today,” said Harris

“I did my scholarship at Blackburn and I was there for two years. That was a time of change as I had to move away from my family, but it’s one that I look back on as an experience that I needed to have to grow as a player even though it didn’t go as well as I wanted it to.

“I then moved onto the Nike academy which was an excellent organisation to say the least, everything about it was A* professional from training facilities to staff. I stayed their for eight months before earning myself a pro-contract at Wolves.

“I was at Wolves for two seasons with the under-23s and I did enjoy my time their as I gained some good experience training alongside players who were top quality all over the field.

“I then moved over to Belgium through an English contact who was partnered with a man who was the owner of Patro. I played for a season and did well playing consistent in front of a good fan-base and gaining some good valuable experience as a first team player. The level was a lot higher than I initially expected.

“I then moved from Patro to Burgos C.F in the Spanish third tier. That was a complete different experience as I had to learn a whole new language which I enjoyed a lot.

“The level of football was very good but after just six months there, we came to an agreement to cancel my contract as I was becoming a father and I expressed to the club my will to return back home to England and be closer to my family which I am thankful they fully understood. I came back to England just before lockdown and now I am proud to say I am a Celtic player.”

Simon Howarth’s side drew 1-1 with Lancaster City at Bower Fold in the opening weekend of the Northern Premier League, while the side progressed to the FA Cup second round qualifying following a 3-0 victory over Bishop Auckland.

Harris could make his debut this weekend against Nantwich Town.

“I’m exciting to start playing for the team and show what I can do and bring to the team to help improve us as a whole,” said Harris.

“My goals are to be playing consistently, get a good number of goals and assists and most importantly get back to enjoying my football again.”

FA Cup second round qualifying draw  The draw has been made for the next round of the FA Cup.