In Depth With: Lewis Salmon 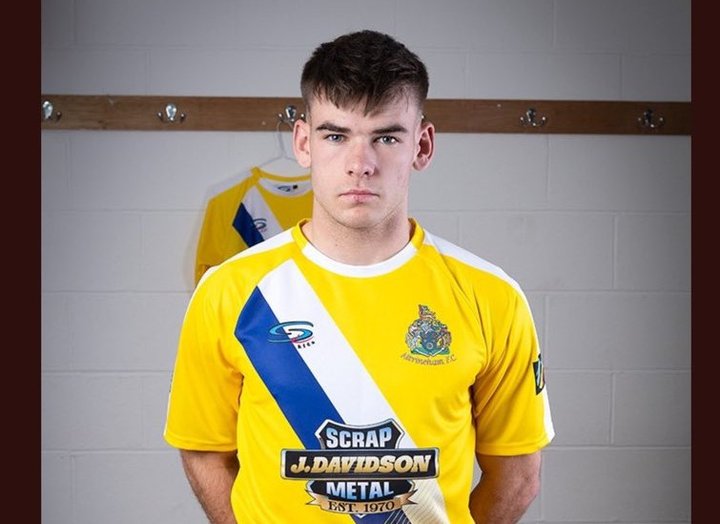 In this latest feature, the Northern Premier League sits down with some of the latest signings that will feature in the league in the upcoming campaign. This week, we spoke with Stalybridge Celtic loan signing, Lewis Salmon.

Salmon previously featured at Trafford FC, before putting pen to paper with then-National League North side Altrincham on an initial 18-month contract in November 2019.

He soon re-joined the Northern Premier League N/West side, and the 18-year-old striker scored 13 goals in 35 appearances for Trafford before the season came to a premature end.

“My time at Trafford was class,” said Salmon.

“Footballing wise, it was the perfect start for myself as the manager Tom Baker and current manager now DC (Danny Caldecott) had a lot of faith in me from day one, which was perfect for myself and my confidence.

“Being a number nine at a young age is a hard job to fill in non-league, but once I scored my first couple of goals at the club and you have the backing of the players and fans it made my job a lot easier.

“Everyone at the club behind the scenes is top-drawer and fans were class with me and still stay in contact wishing me the best of luck wherever I go. I can’t speak highly enough of the club.”

The youngster remains an Altrincham player until the end of the 2020/21 season, impressing manager Phil Parkinson with his forceful all-round game and eye for goal.

Parkinson’s side won promotion to Vanarama National League following their 1-0 victory over Boston United in the 2019/20 play-offs, thanks to a goal from Dan Mooney.

“I’m loving my time at Altrincham and they’ve got an unbelievably set of lads and management team,” Salmon said.

“There’s no surprise why we have been promoted recently. It was great experience to be with the lads throughout the play-off games and to see it over the line.

“The Alty gaffer has been spot on with me ever since coming on trial at the club in 2019 and has supported me throughout my loan spells.

“The goal is obviously to push into Alty’s first team which I feel I am capable of doing, I’ve just got to gain more experience and game time under my belt and try to make as much noise as I can out on loan.

“Going out on loan was definitely the best option as I will be playing a higher standard than what I played last season, which we feel are the right steps to take for my development.

“Altrincham’s promotion on a personal level is great as it allows me the pathway to potential break in and play at the highest level of non-league. Its ambitions to go full time go alongside my plans and the goal to be a professional footballer, making it a perfect club for me to be at.”

The youngster joins Stalybridge until January 31, 2021 on loan, and most recently featured in the club’s 4-2 pre-season victory over AFC Liverpool at Bower Fold.

“My personal goals for this season at Stalybridge would to be a regular starter within the team and to chip in with as many goals as I can along the way,” he added.

“I would say our goal would be to challenge in and around the play offs and a FA cup run is always class to be involved in.”