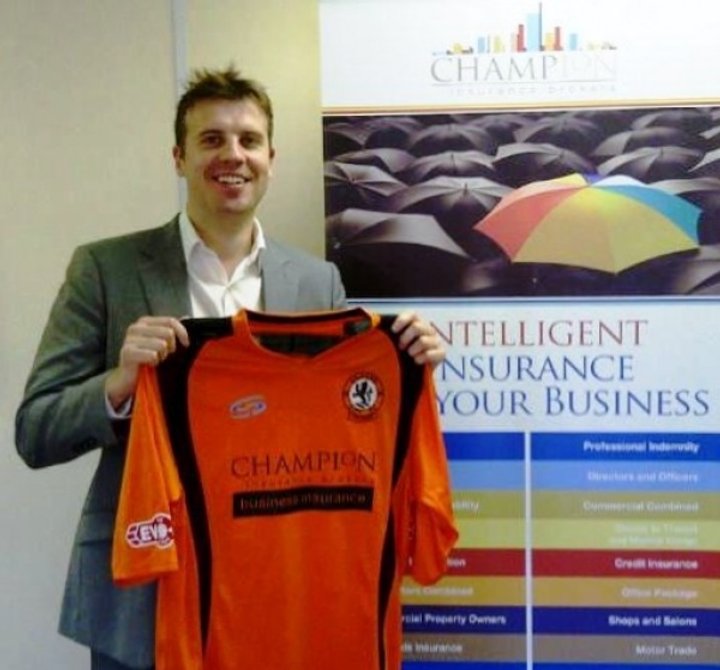 Evo-Stik Northern Premier League Salford City are looking forward to kicking off the campaign on Saturday with brand new main sponsors on board.

Based in Worsley, the company was established in 2010 and operates as the insurance broking arm of North West accountancy group, Champion. As well as adorning the front of the club's home shirts, City say the firm will also be taking up other advertising and marketing opportunities at Moor Lane.

Salford City's delighted Chairwoman Karen Baird joked that her only worry now was that their new sponsor's name and logo might pile the pressure on the club's squad.

Baird said: "This new sponsorship deal marks a new beginning for the club and it is fantastic to have Champion Insurance Brokers on board. The Champion name looks great on the shirts although there may be some pressure on the team now to live up to it!"

Champion Insurance Broker's Managing Director Dan Maloney, pictured with the new Ammies home kit bearing the company's logo, said: "We are delighted to offer our support for a local team through this sponsorship deal and look forward to working with the club throughout the coming season."

Salford City travel to Harrogate Railway Athletic on Saturday on the opening day of the 2013-14 campaign.