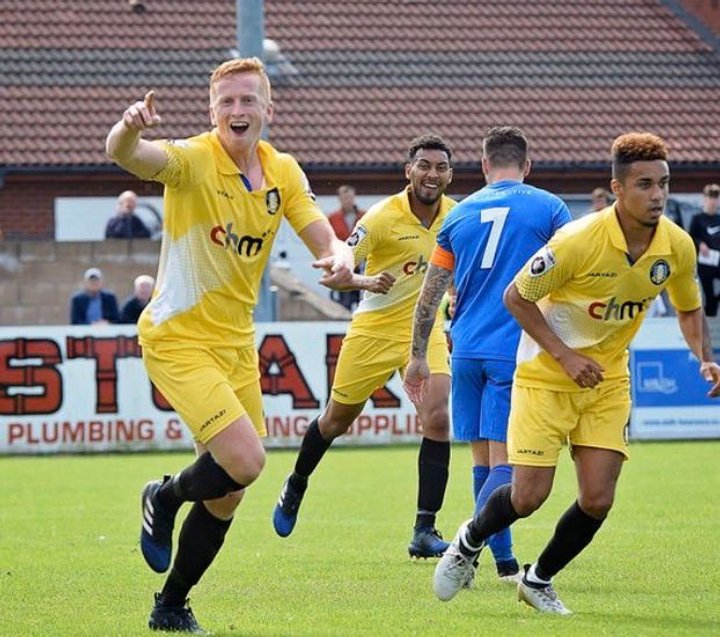 Jacklin becomes The Moes’ first summer signing having departed Cleethorpes Town earlier this year and joins Curtis Burrows and Tristan Matthews to commit their futures to the club for 2021/22.

The 32-year-old boasts Stamford, Worksop Town, Lincoln United and Grantham Town as some of his former clubs and brings a wealth of experience to Dynamo as they aim for another promotion push this season.

Attenborough said: “I'm really pleased and excited to welcome 'Jaffa' (Jacklin) to the club. I tried everything I could to sign him last summer and despite being very close we narrowly missed out, however, timing is everything in football and we've had the opportunity to bring him in this summer and it is one that I jumped at. The supporters can expect to see a top, aggressive, ball winning centre half who has experience at Step 2 and 3.

“I have said over the last season or two that we have the players and the ability in the squad to be a top five side but we probably just lacked a bit of consistency and experience. Alongside his ability as a footballer, this is why I've brought Jaffa in.

“He's 32-years-old and is like a model pro in the sense that he has an old school mentality when it comes to football. He looks after himself really well, trains hard and is in top physical condition. He also has leadership qualities which I really wanted to add to the group, especially with the amount of younger players we have. To top it off he is a great lad off the pitch too.

“I met with him at the club earlier in the week and we ended up chatting for over two hours about anything and everything football and it is clear that we are on the same page with a lot of things and share many of the same values when it comes to non-league football. The best thing for me is to see how excited players are to play for this football club and we've both gone away saying how much we are looking forward to the coming season."

Grant Black adds more experience to squad  Manager Grant Black has added another experience striker to his squad with the signing of Jonathon Margetts for the Pitching In Northern Premier League 2021/22 season.