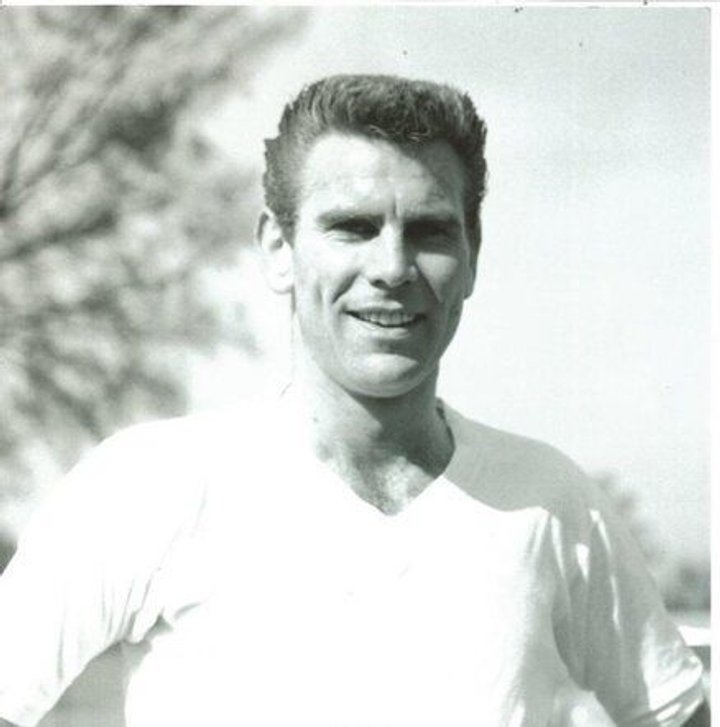 The news was released on Thursday and it triggered lots of tributes for the former Sheffield Wednesday and England centre half whose arrival at Matlock in the summer of 1974 transformed the Gladiators from a struggling Northern Premier League outfit into a slick, attacking and highly feared team.

Swan would most probably have been a World Cup winner with Sir Alf Ramsey’s England side in 1966 had he not been found guilty of being involved in an illegal betting ring in 1962.

Illness had deprived Swan from playing in the World Cup in Chile earlier that year, but he still played 19 times for his country and totalled 301 appearances for Wednesday.

Swan served four months in prison and it was not until 1972 after winning an appeal to end his ban from playing football, that he returned to action with Wednesday. He left Hillsborough in 1973 and played for Bury before Matlock offered Swan his first taste of management.

Matlock fans happily recall the impact he had on a struggling club who since joining the NPL in 1969, had regularly occupied the bottom few places in the table.

Swan believed in attacking football with two wingers and soon Matlock were knocking in the goals. They qualified for the 1st Round Proper of the FA Cup for only the second time as 5.119 fans packed into their Causeway Lane ground to see eventual third division champions Blackburn Rovers shatter hopes of a giant killing with a 4-1 victory.

But Swan went on to mastermind one of Matlock’s greatest days when in the following April, the Gladiators produced a shock of their own in the FA Challenge Trophy Final at Wembley. Mid table Matlock were classed as underdogs against high flying NPL rivals Scarborough, but that counted for nothing as Matlock thrashed the Seadogs 4-0 to register a record FA Trophy Final winning scoreline. For good measure Matlock also won the Derbyshire Senior Cup for the first time just two days later, a 6-1 home second leg win over Glossop earning them a 9-3 aggregate victory. Matlock finished 11th in the table, a position that may have been considerably better but for severe end of season fixture congestion due to their success in cup competitions.

In 1975/76 Matlock finished in 4th spot, their 96 goals scored being the highest in the division with Matlock also being beaten in the Derbyshire Senior Cup Final by Long Eaton United.

Swan resigned during the summer hoping for a job further up the football ladder, before taking the managerial hot seat at Worksop Town and Buxton. He had laid the foundations for success at Matlock to continue under his captain Tom Fenoughty who took the managerial reins, the Gladiators reaching the FA Cup 3rd Round being defeated at Cartlisle after a famous win at Mansfield in the previous round during the 1976/77 season. Matlock finished third and were Derbyshire Senior Cup winners for a second time.

The Gladiators exciting brand of football regularly attracted 1300 plus crowds to Causeway Lane, this clearly being down to Swan who wanted his teams to entertain the fans.

“It was a fantastic time with Swanny as manager, perhaps the most exciting time in the club’s history, he built a fantastic team with the likes of the Fenoughtys (brothers Tom, Mick and Nick )and Scotty (striker Peter Scott). The football was brilliant to watch and I and a great many Matlock fans will always remember those times with great affection.”

Current Chief Executive Keith Brown was the Club Secretary at the time and remembers Swan as a great motivator and leader.

“When Peter signed for us in the summer of 1974, we saw what a great character he was with such great footballing experience including 19 England international caps but I found that he had great ambitions for developing Matlock Town. Peter was a great leader with the players, he always set a good example as the team had to play the way he wanted them to. He always had time for the supporters, a chat with the older ones and signing autograph books for the younger fans. Getting through to the 1st Round of the FA Cup and the Blackburn performance was a tremendous achievement and of course getting to Wembley for the FA Trophy Final and bringing the cup home was fantastic.”

“We lost the first leg of the semi final at Matlock to Burton 1-0 and unfortunately it wasn’t the best of days for Peter as he was sent off in the 44th minute. A record attendance of 5,123 watched the game. The second leg was a week alter at Burton, they thought it would be easy, they’d even booked their buses for Wembley! Peter asked us to arrange a meal at the Old English pub in Matlock for the players, everyonme must have steak he said, and, they must also all have a glass of wine! Our players having a glass of wine before such a big match I asked, sure Keith said Peter, don’t you worry, this will really lift them into a great frame of mind. Well, he was totally correct, we won 2-0 and went to Wembley!

“He never gave up and before the Wembley game on April 26, the team played games on April 5, 8, 10. 12, 14, 15, 17, 19 and 21, travelled to Wembley on April 24 before the final with Scarborough on April 26. Then came the games with Glossop in the 2nd leg of the Derbyshire Senior Cup final on April 28, with league games on April 29 and 1 and 2 May. Only a leader in the mould of Peter Swan could have got a team to play 14 matches including two cup finals in such a short time. He was a wonderful person who kept his relationship with the club all of his life.

Swan, or Swannie as he was affectionately known by the supporters, returned for a less successful spell as manager in 1980/81, but Matlock fans will always look back fondly on a man who transformed Matlock from also rans to one of the top non league sides in the country.