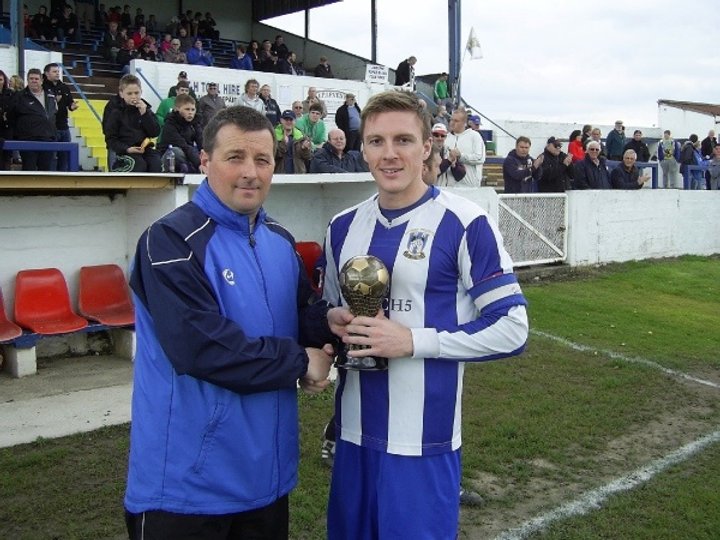 Worksop Town have announced the signing of Frickley Athletic's Stuart Ludlam for next season.

The 26-year old lists Rotherham United and Barrow in his former clubs, and was the Blues' captain in 2011/12, picking up both the Supporters' and Players' Player of the Year awards.

A number of clubs were interested in the player but Stuart chose the Tigers because he felt their ambitions matched his own high expectations.

Manager Simon Clark said "We are absolutely delighted to have signed Stuart. He is a fierce competitor and we believe he will add significantly to our squad in the coming season"

Leaving the club are defender and skipper James Cotterill along with midfielder Luke Sharry.

Photo: Stuart Ludlam receiving his Player of the Year award from Peter Rinkcavage