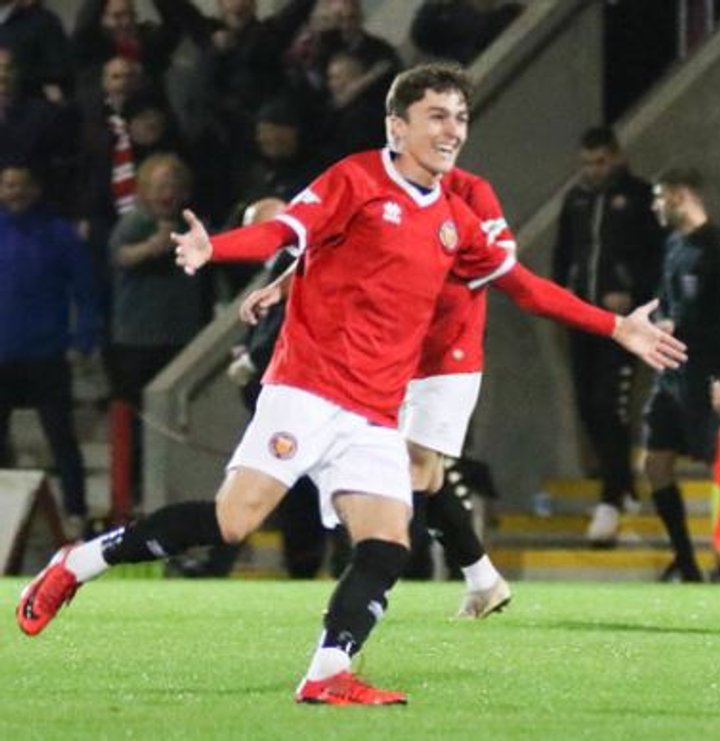 FC United of Manchester have announced that Luke Griffiths has signed a new contract with the club.

Griffiths joined ahead of the current season from Prescot Cables, and has previously played for Bolton Wanderers youth, Runcorn Linnets and Warrington Town.

Manager Neil Reynolds said: "It gives me enormous pleasure to be able to announce that Luke has decided to sign a contract and commit his future to the club, we’ve been trying to get this deal over the line for the last three weeks.

"Naturally Luke’s attracted a lot of attention from other clubs higher up the pyramid than FC but we’ve talked to him a lot over the last few weeks and he’s decided that his future lies here.

"From the first day he came in at pre-season he’s just lit things up, his attitude is impeccable, he’s a real favourite in the dressing room and his performances have certainly done the talking so it’s incredibly pleasing."

 Bill King The Northern Premier League extends its condolences to the family and friends of Bill King, following his recent passing.