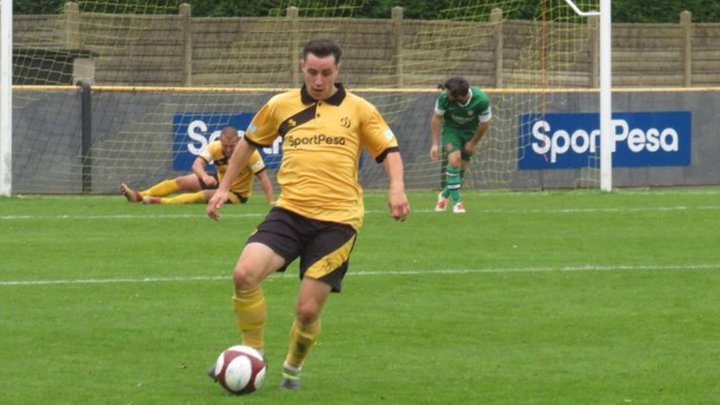 Loughborough Dynamo have announced the return of central midfielder Luke Thorogood for the 2022/23 season.

Thorogood, 29, initially joined the Moes in 2017 from Ashby Ivanhoe, spending three seasons at the club before taking a year away for personal reasons.

A versatile player, he played at left-wing during his maiden season at the club, before he netted 12 times from central midfield in the 2018/19 season.

Thorogood was deployed at right-back in the following season.

The addition is head coach Brad Munn's second signing of the season. He had this to say on his new acquisition: “We all welcome Luke back to the club for the upcoming season.

“Circumstances over the last few years have meant he’s had short stays with us but the ability has never been at question.

“We have had good conversations about what Lewis & I expect from the players individually as well as the squad moving forward and Luke has bought into every part.

“Luke feels he has plenty of unfinished business with the club and getting a Luke Thorogood with that mentality paired with his natural ability should be a great addition to have back around the place.

“I’m looking forward to seeing this new version of Luke and getting him back with a smile on his face doing what he does best playing football.

“Pleasure to have you back Thoros”

On his return to the Moes, Thorogood said: “I’m delighted to sign back at Loughborough, and join back up with Brad and the rest of the team.

“I feel I still have a lot to offer both on and off the pitch. I’ve got to get myself fit for that level and that work has started already. I can’t wait to get back on that pitch.”