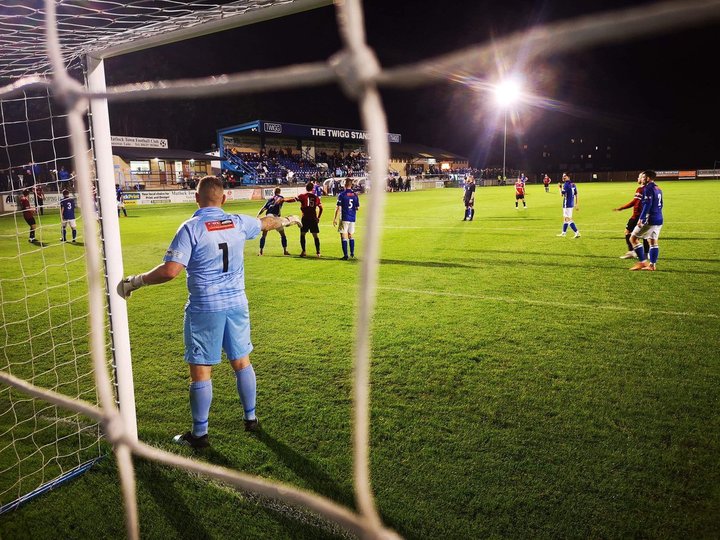 Matlock Town manager Paul Phillips rolled back the years as a stand-in goalkeeper in Tuesday night's friendly against Sheffield.

Stopper Jon Stewart picked up a knee injury in the goalless draw which saw him come off at the interval, and he could now be out for six to 10 weeks.

A goalkeeper during his playing days, Phillips, 41, stepped up to keep a clean sheet and while he has no plans to make his return to the pitch a permanent one, the exercise proved useful in learning more about his side.

He said: "I’ll probably feel a bit worse for wear in the morning. But I got the chance to look at the team’s shape from another angle than the dug out.

"We looked solid as a unit with Yatesy and Ryan Qualter in there. But I want the big fella (Stewart) to play week in, week out, unfortunately that’s not going to happen yet.

"He’s the best goalkeeper in the league, we missed him for a long time last season with what happened to him, he’s come back but now he’s picked up this injury.

"We think he’ll be out for six to ten weeks so we’ve got to get out with our begging bowl to the pro clubs and see if we can get someone who’ll come in and do the business."

Phillips is on the look out for a striker, following the departure of Sefton Gonzales and Braulio Maeico, while Chib Chilaka has been sent on dual-registration to Clipstone to prove his fitness.

A trialist midfielder from Gateshead impressed against Sheffield, and Phillips also hopes to add another midfielder before the season starts.