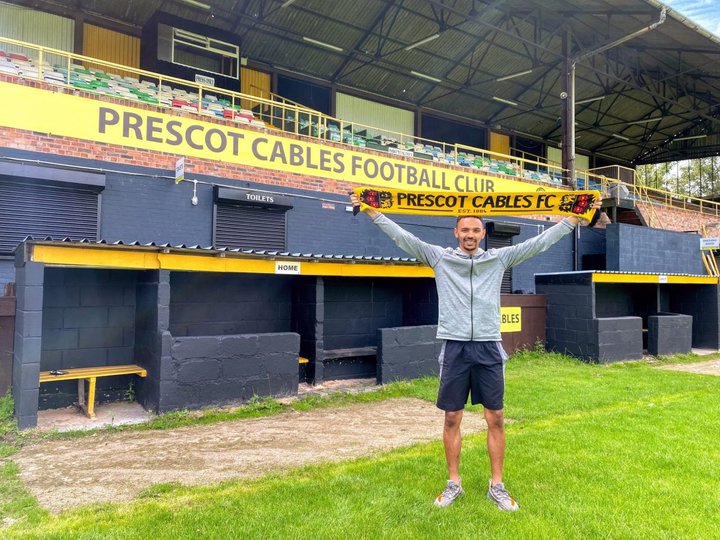 Prescot Cables have handed a contract to midfielder Michael Monaghan.

Monaghan, 26, returned to the club last season after a spell in Australia, and the Pesky Bulls say it’s the first time they’ve handed out a contract in nearly four years.

He said: “I’m delighted to have signed a contract at Cables, I spoke to the Co-Chairmen early on and told them how much I enjoy being here and I didn’t want to leave. As long as the fans want me here and the manager wants me here, I don’t see any reason for me to play elsewhere.

“There is a good feel about the club at the minute, the new manager has came in and brought fresh ideas, we are all on the same page from chairman, to staff, to players. We strongly believe that we have a squad capable of challenging next season.

“I’ve moved about a lot during my career at non league, but I look at the lads in the squad like Kirk, Lloyd and Edgar and that’s the type of commitment I want to give back to the club.”

 Simpson returns to Pickering Pickering Town have announced the signing of Keelan Simpson ahead of the 2020/21 season.