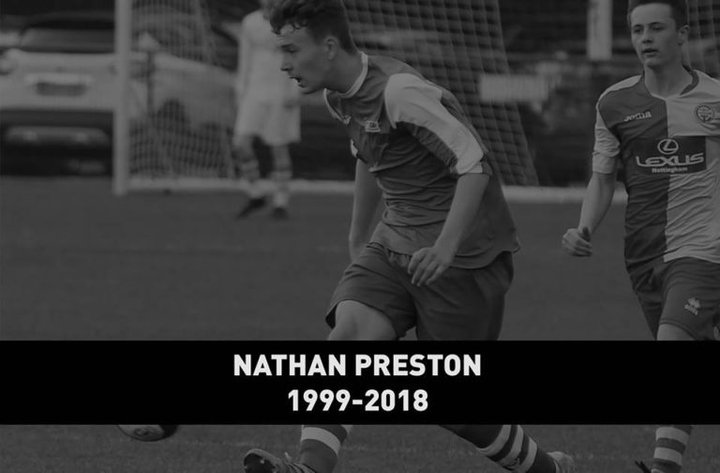 The EVO-STIK League would like to pass on its condolences to the friends and family of NPL Football Academy student Nathan Preston, who has tragically passed away from cancer.

Preston, 19, joined the programme in September 2017 with Sutton Coldfield Town, when they were part of the EVO-STIK League, having switched to play in the Southern Central league this summer.

He excelled both on and off the pitch last season, passing his first year on the course and being one of the Royals’ star performers where he was nominated for ‘Player of the Month’ in September/October and trained with the first team at times during the season.

An NPLFA spokesman said: “We are deeply saddened and shocked to have heard the news that Nathan has passed away on Thursday. Nathan joined us in 2017 as on of our first ever degree students and progressed well both on and off the pitch. He was a lovely young lad and he made an impact in our programme and at Sutton Coldfield Town FC in the short time he was with us. He will be truly missed by all and we send our thoughts to his family and friends.”

His passing will be marked with a minutes silence at all NPL academy games next week.