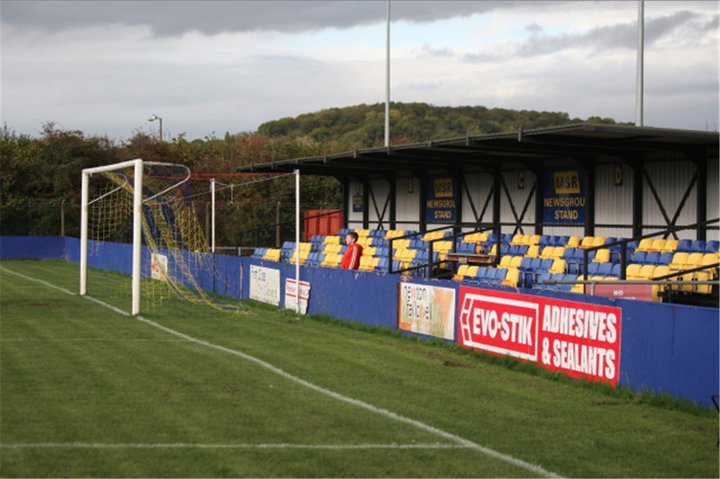 Carlton Town’s latest recruit Nathan Watson is aiming for the play-offs with his new club in the 2021/22 Pitching In Northern Premier League.

The prolific striker has been named three times in the NPL Team of the Year, and has scored more than 70 goals in the division.

He spent three-and-a-half years at Coalville Town before being signed by Basford United in 2018 for an undisclosed club record fee for the Ravens.

Watson later joined Ilkeston Town in 2020, where he scored two goals in seven appearances, and now makes the switch to Carlton Town, admitting he had interest from elsewhere.

He said: “I had quite a few clubs contact me once it was common knowledge I wasn’t staying at Ilkeston for the coming season. It was a tough decision but as Carlton isn’t too far from where I live and knowing I’ve had success with the management team at previous clubs, it felt like the right move for me.

“With everything that’s gone on with COVID over the past 18 months or so, I think every player will just be grateful to be back playing in general.

“It’s not a complete new club, players or manager for me as such as I’ve played a few games for Carlton previously and I know quite a few of lads from previous seasons and clubs.

“As most people know I’ve spent most of my career playing for Tommy (Brookbanks) and Mark (Harvey) so I know exactly what to expect and likewise they do.”

Carlton Town finished 11th in the Pitching In 2020/21 curtailed season, with a record of three wins, two draws and four losses, and finished fifth the previous season before the pandemic struck.

Watson added: “After speaking with Mick (Garton, chairman), Tom and Mark before I signed, the main aim for next season is to finish in the play-offs, which would be a massive achievement with the amount of big clubs competing in this league next year.

“On a personal note as a striker you always want to score as many as possible so if I can get anywhere between 25 and 30 goals I’ll be happy."

 The NPL Show: May 15th Managers returning and new take the stage in this week's NPL Show