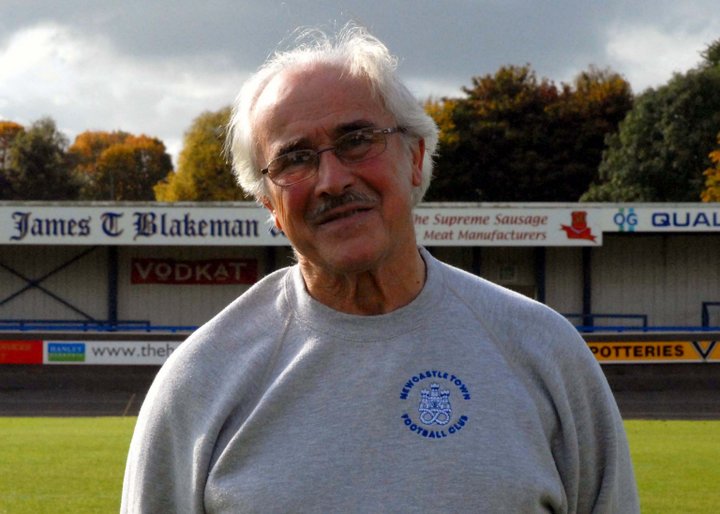 Newcastle Town will use Saturday’s EVO-STIK League West Division game at home to Widnes to pay tribute to their stalwart Colin Spencer who sadly passed away a fortnight ago after 44 years of service to the club.

Colin served the club in various roles throughout his time at the club – manager, physio, groundsman (he was renowned for the quality of the pitch), kitman, washing the kit for the First Team, Reserves and Youth Team, cleaning the dressing rooms, making tea/coffee for guests and even unblocking the drains at times to name but a few.

Colin even helped Stoke City out at Fulham when their physio was unavailable. Loyalty, professionalism etc saw Colin at the ground at 6.00 am everyday, sometimes not leaving until after a night game.

He treated everyone with respect and since his passing tributes from all areas have flooded in to show how much he was thought of by all – Staffs FA, Staffs Senior League, Evo-Stik League, North-West Counties League…… 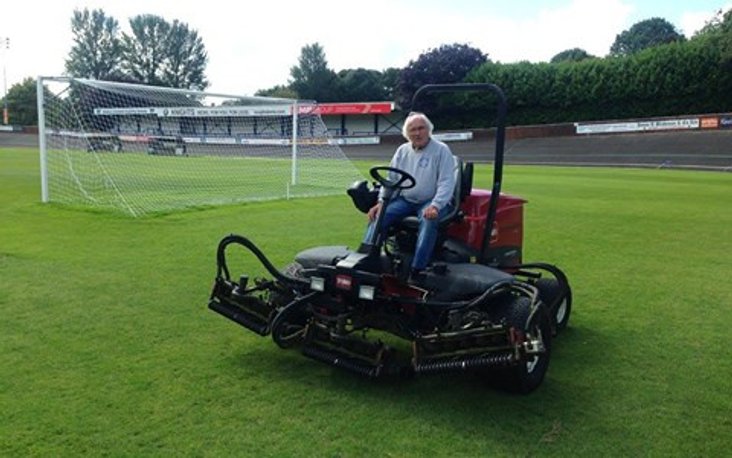 When interviewed by Robin Grey just over twelve months ago his reply to the question “how long will you keep on doing the pitch?”his answer was typical of him “ I’ve no intention of finishing.You’d better ask him up there” he replied pointing to the sky.

For Colin everything had to be correct – folding the strips correctly and putting them in the bags in the correct order and after the game put in the correct bags in separate piles, and the pitch cut to the correct length with the nets perfect for the referee’s inspection.

Anybody going on the pitch if they shouldn’t would soon feel the wrath of Colin’s tongue. Away trips saw Colin have the kit laid out in the right order just like a pro club with warm up tops matching the kit numbers – the big bench coats only used when the weather was only fit for polar bears.

He soon let any player know what he thought of them if they asked for one if he thought it was too warm (freezing point) … before magically making them appear.

Everything that Colin did or said was for his love of the club and everyone connected to the club.

Guests of honour for the game will be Colin’s family and former officials and players of the club have been invited to pay their respects and tributes.

Before the game there will be a minute’s silence/applause and the match day programme will be dedicated to Colin. Colin will be sadly missed by everyone but will never be forgotten

Tadcaster start crowdfunding after flood damage  Tadcaster Albion have started a crowdfunding appeal after they were hit by flooding over the weekend.