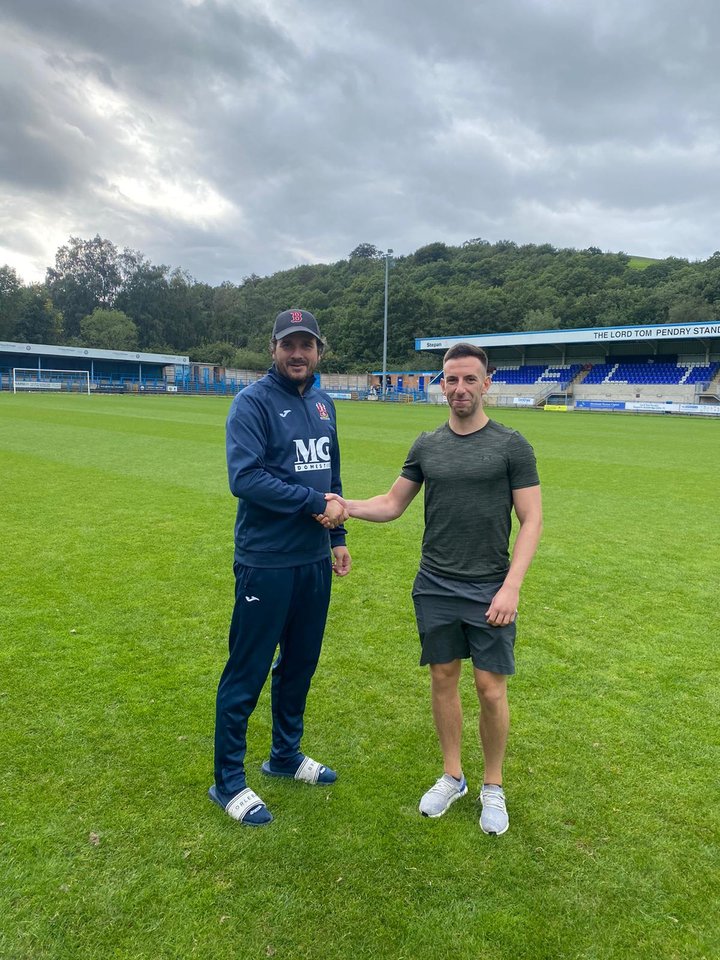 Stalybridge Celtic have announced the signing of striker Nico Evangelinos ahead of the 2020/21 season.

Evangelinos, 26, joins the club from Curzon Ashton, and has also featured at Ramsbottom United where he scored 51 goals in 72 appearances.

He has also previously featured for Ashton United and West Didsbury & Chorlton.

“We’ve been lucky enough where things haven’t quite worked out at Curzon, he’s going to come on board, he’s a prolific goalscorer and he’ll only add to our attacking threat.

“He’s got good experience as well and we’ve now got real competitions for places and I’m thrilled we’ve signed him.”

 Gingerbreads add Manasse Kianga Grantham Town have announced the signing of Manasse Kianga ahead of the 2020/21 Pitching In Northern Premier League season.

Trafford bring in James Neild  Trafford have announced the signing of James Neild ahead of the 2020/21 season.