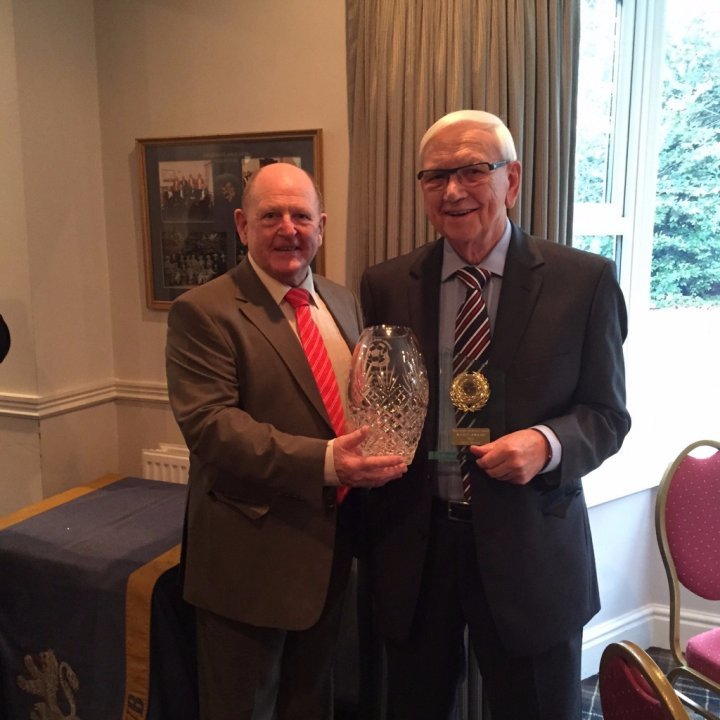 The Northern Premier League is saddened by the news of the passing of its President, Noel White, following a short battle with cancer.

A true legend of the game, Noel was one of the founding fathers of The Premier League and was a Life Vice President of The Football Association.

He hankered for a career as a professional footballer, and after demobbing in 1950, he signed amateur forms for Chester FC, turning out regularly for their reserve team while training to become an accountant. He rejected an offer of £6 a week to turn professional.

Along with friend Peter Swales, Noel then built a business empire in the TV and radio sales industry, before moving on to run and own the Bowdon Hotel in the town.

His first venture in to football came with Altrincham FC, where as chairman he turned the club in to one of the leading clubs outside the Football League. They were founding members of the Northern Premier League in 1968/69.

He pioneered the concept of sporting dinners to raise money for football clubs, using the Bowdon Hotel as the venue. Altrincham enjoyed a fine FA Cup record, beating top-flight Birmingham City, and also won the FA Trophy twice, but were left frustrated when twice as champions of the Alliance Premier (now the National League) they failed to secure election to the Football League.

Upon his departure to become a director at Liverpool FC in 1986, he was appointed club president at Altrincham and he was also a life member of The Football Conference.

It was while chairman at Liverpool FC in 1990/91 that Noel became one of the five founding architects of the Premier League. He also served as vice-chairman of the UEFA National Team Committee and the FA’s International Committee.

In June 2013, Noel was awarded a British Empire Medal for service to football.

Everyone at the NPL passes on their condolences to Noel’s wife Jean and the rest of his family and friends.

 Collins welcomes Brig back to training Bamber Bridge boss Joey Collins welcomed his squad back for pre-season training ahead of their clash with Preston North End on Saturday.